Promoting children who fail maths not the issue‚ but rather why they are failing: unions 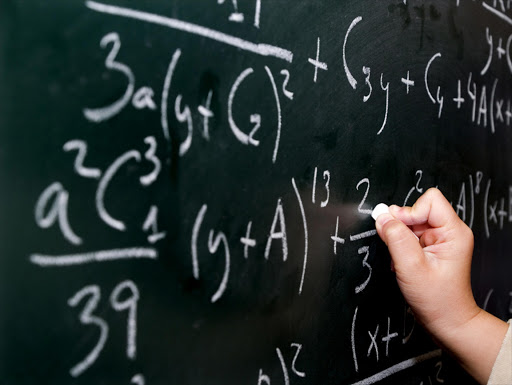 Promoting learners who fail maths is not the issue — the department of basic education should be dealing with the “underlying problem” of why pupils are failing the subject.

This is according to teacher unions‚ who were reacting to the Department of Basic Education’s instructions to public schools to condone all grade 7 to 9 pupils who have obtained 20% in mathematics.

On December 2‚ the department released National Assessment Circular 03 of 2016‚ entitled‚ Special condonation dispensation for learners in the senior phase (Grades 7-9).

“There is nothing wrong with the principle of the circular. We understand an intervention has to be made‚ but this opens a door to investigate the causes of this problem [learners failing maths]. This is a national problem‚” said National Professional Teachers’ Organisation of South Africa (Naptosa)’s executive director‚ Basil Manuel.

“Why are there differentiations in pass requirements? We have asked the department to look into this.

Manuel said the department of basic education’s timing of sending out the circular was bad.

“The circular was signed on December 2 when promotion schedules had already been signed. There are high schools that closed in November. This should have been addressed earlier. This is poor planning‚” Manuel said.

He said the current education system catered for learners who were academic and those who were not “fall through the cracks”.

The department on Thursday said the urgency of issuing the circular arose from reports it received from school principals and provincial officials across the country alerting it about the “extremely poor performance” of Senior Phase learners due to the compulsory requirement of learners having to pass mathematics with 40%.

“The circular does not undermine the policy intention of CAPS (Curriculum and Assessment Policy Statement) on raising the bar in terms of promotion requirements by having taken the bold step of making mathematics a compulsory promotion/progression requirement.

“Nor‚ does it limit efforts to improve mathematics attainment. However‚ in raising standards there is a need for a gradual transition from the current to the higher envisaged standards hence this policy review that is underway and this interim condonation dispensation‚” said the department’s spokesperson Elijah Mhlanga.

“Many learners do not have the aptitude for maths… in the majority of cases‚ they pass all subjects‚ except maths.

“It wouldn’t make sense to retain a learner without giving them the benefit of the doubt. Kids cannot be penalised if they don’t have an aptitude for maths”.

He said the intention of the department was to assist learners who had difficulty with maths‚ but did well in other subjects.

“From an educational point of view‚ it makes sense‚” he said.

The South African Democratic Teachers Union (Sadtu) said it will discuss the matter at its last national executive committee (NEC) meeting on Thursday.

“Some of the methods introduced in grades 5 and 6‚ as an example‚ require grade 9 understanding. How is the learner supposed to understand the subtraction in the multiplication process (which is possible) when she/he has difficulties understanding the mere concept of multiplication?”

The challenges learners were facing in maths could be attributed to a shortage of maths textbooks‚ she said.

“Did you know that there are no maths textbooks up to grade 9 (in KZN‚ that is)? They have these workbooks called ‘Mathematics in English’ which we call the ‘Blue Books’. These books‚ in my and many educators’ opinion‚ are devoid of mathematical content. A learner sees a maths textbook for the first time in Grade 10‚” Moodley said.

The lower scores by much older learners in class showed the progression programme‚ pushing through learners who had not passed‚ was not working as it should‚ said Executive Director of the Human Sciences Research Council of SA Vijay Reddy last week at the study launch.

“These lower test scores raise questions about the progression policy and show in its current form it didn’t work.

“If children are progessed through grades‚ the TIMSS data shows they need more support with subjects such as maths‚” Reddy said.

Educational psychologist Cara Blackie said the department’s decision was not a “clever move“.

“I don’t think it’s a great system to implement. It’s not going to help in the long run because kids are still going to under perform.”

Blackie said overcrowding in class rooms and teachers being under pressure to finish the syllabus‚ were among the challenges that were hindering prosperity in the education system.

“A lot kids get left behind and miss the basics because teachers do not have time to revise lessons.

“Some people are more visual and often teachers are not able to teach that‚” she said.

She said teacher training was also a problem in the education system.