'We never discussed the case in our house': Nkosana Makate and wife 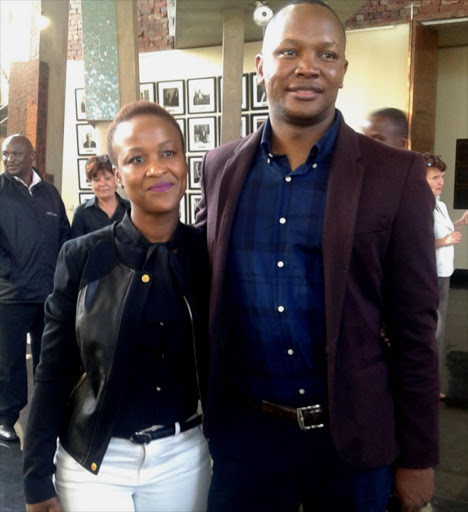 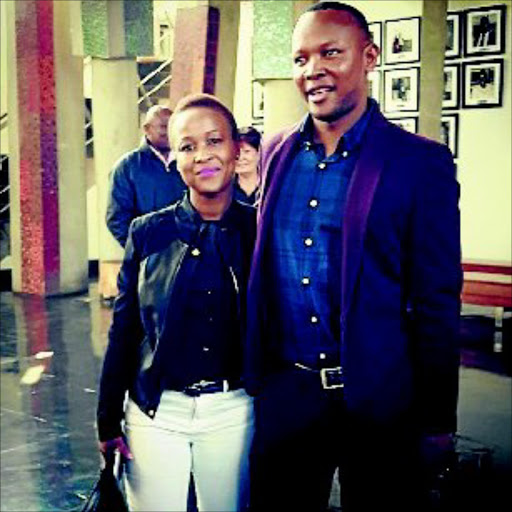 In the midst of a court battle over the "Please Call Me" service with giant cellphone company Vodacom, the Makates led normal lives, prayed and hoped that they would come out victorious.

Nkosana Makate, 39, the man who invented the widely used service, took on Vodacom over his idea 15 years ago.

And his wife, Rebecca Makate, having been the inspiration behind her husband's idea, said Tuesday's Constitutional Court ruling was "life-changing".

The court is the highest legal authority in the country.

"This is just proof that one can achieve anything if they believe in it. We always think that a small person [taking action] against a big company is impossible but this shows that anything is possible.

"The news has not sunk in yet. It is a life-changing thing. It's scary," the 37-year-old paediatrician (wife) told Sowetan yesterday.

Makate, from Katlehong in Ekurhuleni, came up with the idea in 2000.

The couple have been together since 1994 and have been married since 2005. They have three daughters, aged two, eight and 13.

"There were times when she did not have airtime but would want to call me. The only way was to buzz me. That is how the idea came about," he said.

Rebecca said she was happy to have inspired her husband to come up with the idea.

"It's such a good feeling to be part of the history of what happened. I'm very grateful."

She said there were challenges over the past 15 years but they had hope that they would win the case.

"It was not easy, especially initially when it was taking a lot of money from us. It was not easy to keep up with the stress financially and emotionally as well.

"We decided that we were not going to stop our lives because of this case. We lived like nothing was happening. We never discussed the case in our house. We did not want to stress and worry ourselves because we did not know how the case was going to be (end)," Rebecca said.

Makate said his legal team had taken the case on a "contingency basis".

He said he was going to spend yesterday afternoon with his family in Katlehong.

"We have been having quiet celebrations. Even now, we went out and are having lunch. I will probably have a braai in Katlehong with my mother and grandmother [and other members of the family]."

Rebecca said she and her husband had not discussed the ruling.

"After the court decision we went out, had champagne and celebrated, but when we got to the house we asked ourselves, 'what has just happened?'

"We haven't spoken about what is going to happen from now on."

'Call Me' billions under scrutiny

Over the next four weeks, Vodacom's "Please Call Me" product inventor Nkosana Makate, will meet his former employer to discuss how much the company generated from the call-back service.

Makate came up with the idea in 2000 when he was a trainee. He pitched it and had a verbal agreement with the company's then director of product development and management Philip Geissler. The concept was immediately taken up.

According to court papers, customers pay a little amount to send a "Please Call Me".

When the product was launched, it was free and was meant to enable Vodacom customer with no airtime to send a message requesting to be called back.

"Vodacom has launched a new product called 'Call Me', thanks to Kenneth Makate from our finance department," an internal newsletter read, at the time.

"Kenneth suggested the service to the product development team, which immediately took up the idea.

"'Call Me' has been a big success. On the first day of operation about 140000 customers made use of the service. It will be free until December 31 this year and thereafter cost users 15 cents per transaction."

The court ruled that leave to appeal regarding the case was granted and that the application was upheld with costs.

Vodacom has been given 30 days to meet Makate and negotiate.

The court papers said it was unclear how much Vodacom had generated from the product but said: "Despite the fee, "Please Call Me" was an instant hit with customers and raked in a lot of money for Vodacom. It is common cause that this product has generated revenue amounting to billions of rands."

Yesterday, Makate told Sowetan that he was claiming 15% of what Vodacom had generated from the product.

"The numbers still need to be crunched," he said.

He is currently employed as a director of finance at the South African Local Government Association.

"I have been working there for three years now. I depend on a monthly salary," he said.

He said he prayed and meditated about the court case.

"I'm a strong believer and the case was always in my prayers and meditation.

"No decision has been made about what is going to happen now. We will see how things will go," he said.

Makate said his future plans included, a book he was writing about the "Please Call Me" story.

He is also planning on making a movie based on the product as well.