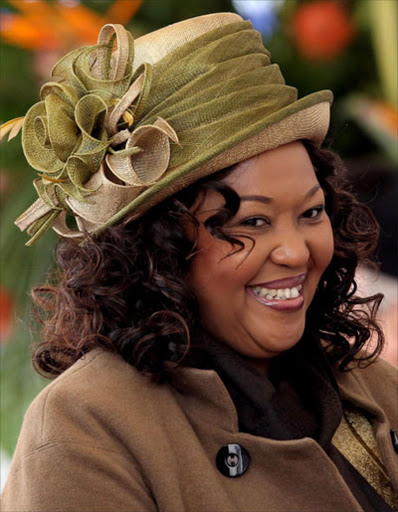 President Jacob Zuma's wife, Tobeka Madiba Zuma, is locked in a bitter dispute with a KwaZulu-Natal businessman over payment for the removal of snakes from the family's Nkandla homestead.

Jaco Dercksen, 47, of Zini Snake Removals, claimed he was owed R52 000 for removing snakes and fumigating the president's entire homestead.

The first lady, however, said Dercksen provided services that were not requested and then slapped her with an “extravagant invoice” afterwards.

The Mtunzini snake catcher said he received phone call from the Tobeka Madiba Zuma Foundation in December asking him to remove snakes around home number three, the Madiba House.

He said at first he was hesitant to take the job.

“I didn’t want to be held responsible for anything that went wrong but she told me that I came highly recommended and insisted that I help.”

Dercksen said he went to Nkandla on December 18.

“I inspected the Madiba house and the premises around the house and I did not find any snakes. On December 19, I submitted a report and made recommendations.”

Decksen claimed that on December 21, he received a phone call from the foundation informing him they had found a scorpion and three snakes and he should return to remove them.

“I told them that I would be on standby the whole of December and if they needed me I will go there personally to remove the snakes...”

On December 22 Dercksen returned with a team of six men who did a thorough inspection. “When we got there we received an instruction to fumigate the whole of Nkandla which is 13 dwellings...”

He charged the family R52 412. “I did not ask for a deposit of R26 000 because there was already a relationship of trust from the first job."

Dercksen said, “We checked the perimeters on the outside of the homestead and I was appalled by the dirt and rubbish outside the president’s home.

“We found three blind snakes, three brown house snakes and a puff adder. We also found a nest of eggs.”

The businessman claimed he received a letter from the president thanking him for the work he’d done. “We did a lot of work there and they have not paid us.”

Dercksen claims that at the weekend he received an e-mail from the first lady’s lawyers informing him that they had intended suing him for defamation.

“They are threatening to take me to the high court for ruining their name. They want me to stop speaking to the media about this matter. I am not scared of them, I did a proper job there...”

News Agency has seen proof of payments made out to Dercksen by the Madiba Family Trust Fund.

“The TMZ Foundation has nothing to do with this transaction,” said Saada.

She said Dercksen proved very enthusiastic and immediately took on the job.

“I can assure you no persuasion was needed from our side. He provided a quote, which was approved a few minutes thereafter. A total of R19 271.00 was paid for snake inspection, fumigation and snake removal; 50% was paid and a further 50% was finalised less than a week after.”

Saada said Dercksen recommended more work to be done and in writing, promised to be on standby “for free”.

“When further requests were made based on his recommendations, a quote was never presented… The quote was delivered after the fact and without prior approval.

“We were surprised to receive an invoice in days apart and this time for R51 492.00, nearly triple the amount which had been paid to him, for the same service.

“The amount is in dispute and has been handed over to the Consumer Council. Jaco needs to provide proof of who approved the amount he is claiming and who he sent the quote to because no quote exists.”

Saada said the first lady was dumbfounded when Dercksen mobilised “a whole crew and provided services that were not requested, only to send an extravagant invoice".

“In one news report, he carries a direct threat to the first lady’s safety and the safety of her family claiming that one should never mess with people who deal with snakes.

"Not only is such a threat out of line but it also presents madame with a serious danger that she has to deal with.”

Saada confirmed that Madiba Zuma’s lawyers had sent Dercksen a letter requesting that he stop spreading false information in the media.

“It's an official request to stop propagating false information and to retract any erroneous messages he's been using the media to diffuse,” said Saada.