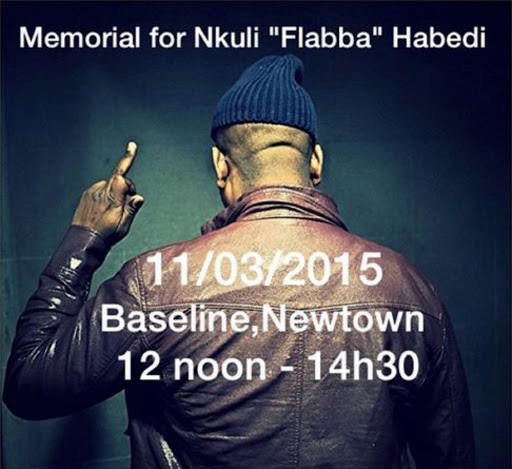 Flabba was stabbed to death in the early hours of Monday morning allegedly by his girlfriend Sindisiwe Precious Manqele who appeared in court on Tuesday.

The memorial service will take place at  Baseline in Newtown, Johannesburg between 12pm and 2:30pm.

The venue is located on 10 Henry Nxumalo Street in Newtown.

Flabba's friends and celebrities have urged the public to pay their last respects to the fallen star by coming out in numbers to attend the memorial service.