Pay back some of the money: Former ANC MP Ben Turok 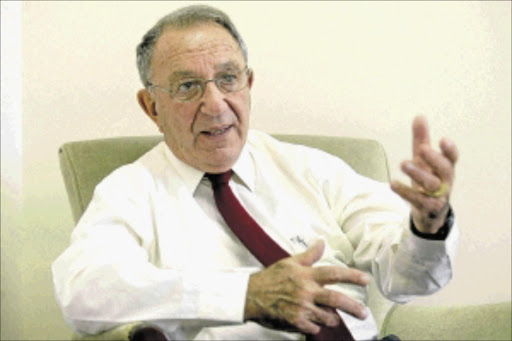 SEEKING REDRESS: Professor Ben Turok has lashed out at mining companies that imported engineers from Europe when graduates with the same skills locally were unemployed. PHOTO: Terry Shean

A former ANC MP has called on President Jacob Zuma to pay back a portion of the R246 million spent on improvements to his private Nkandla homestead in KwaZulu-Natal, the Sowetan reported on Thursday.

"I would say to him, 'frankly, you did benefit. Come on, be a sport, pay something, we'll negotiate [the figure] more or less," Ben Turok was quoted as saying.

"You are on a standard rate of pay, you know you can't afford to pay R20m [an arbitrary figure Turok used] out of your salary, so give us a donation, let's call it quits, that's what I would say."

Turok was addressing reporters in Cape Town on Wednesday when he made the comments.

He said the ANC was not dealing wisely with the Nkandla scandal, and spoke hypothetically about possible solutions.

"I think there has been a lack of wisdom in the way the ANC had handled Nkandla," he said.

"The ruling party had become defensive as it lost some votes in the general elections. It's good to be defensive but you've got to be clever about it."

In March, Public Protector Thuli Madonsela found that Zuma had derived undue benefit from the upgrades and recommended that he pay back a portion of the money. Zuma declined to do so, and instead waited for the outcome of another investigation by the Special Investigating Unit.

The SIU blamed Zuma's architect Minenhle Makhanya for inflating the costs of the Nkandla project, and filed a civil claim against him for R155m in the Pietermaritzburg High Court on August 11. Makhanya has hired high profile lawyers to contest the case.