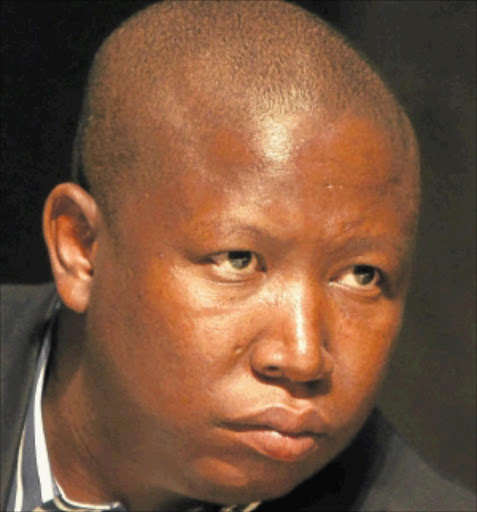 Axed ANC Youth League leader Julius Malema believes bloodshed will help him get South Africa's land and mineral resources, according to a report.

Malema was in Harare on Saturday to attend a wedding ceremony and address Zanu-PF youth, the Zimbabwean Herald Online reported.

He said the youths in South Africa were calling for whites to surrender land and minerals resources they hold because "when they came from Europe they did not carry any land into South Africa.

"Actually they killed people to get that land and those minerals. We are not going to give them money when we take the land back because it will be like we are thanking them with money for killing our people.

"We will never do that, little did they know that we are not scared of blood. We are scared of defeat. We don't want to be defeated but seeing blood is not what we are scared of as long as that blood delivers what belongs to us we are prepared to go to that extent."

Malema told the youth he was in Zimbabwe to gain inspiration and wisdom, so that when he returned home he could "double the spirit of fighting against imperialist forces".

Malema faces a money-laundering charge relating to a R52 million tender awarded to On-Point engineers, which he allegedly benefited from.