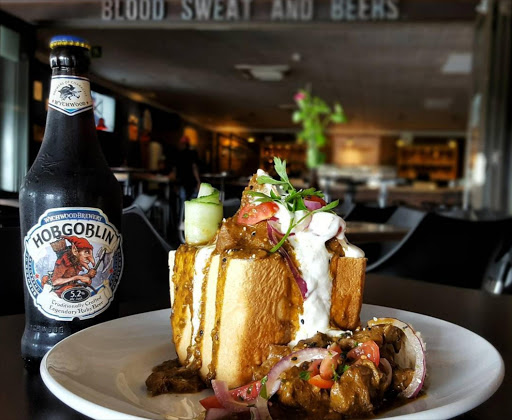 The meals served at Capital Craft in Centurion, like the Mamelodi Half-Loaf, are amusingly named and well priced. / instagram

The craft beer lifestyle is taking the country by storm, with speciality restaurants and pubs opening up everywhere.

And, judging by this and the long list of beers to choose from, Capital Craft in Centurion can rightfully claim to be the capital of craft beer spots.

Located in the Highveld Shopping Centre, Capital Craft has a welcoming ambience with industrial revolution decor. The sitting arrangement is designed to accommodate couples, families and, even better, groups of friends seeking a great time out with beer and good food.

For the first-time visitor like myself, going through the craft beer list (with 217 types to choose from) was like a kid set free in a candy store.

Fair enough, some of the selections on the menu were marked “coming soon” but there were no more than 20 of them. Some of the beer and ciders are rare brands, such as Chameleon Oatmeal Stout and the oddly named imports like Well’s Brewing Family from Britain, whose offers include Banana Bread Beer!

Well, I played safe, of course, thanks to the advice of manager Daniel and his staff. They recommended I order 160ml drinks from the tap, though one can choose to order the regular 340ml, a pint or even a litre, per drink. I noticed familiar brands like Jack Black, Soweto Gold and CBC (Cape Brewing Co.) but I wanted a totally new experience.

I started off with the mythically named Friar’s Habit, an Irish red ale with alcohol content of 5.2%. It costs R11. Then came Dragon Brewery’s fiery ginger beer (5%) at R12 and, after that, Red Stone Clarens Brewery’s hazelnut ale, I don’t remember much about the flow from the tap, even though I had planned to end the evening with Last Numba by Stimela Brew.

While beer is king here, the menu holds it down well to satisfy the senses, at good prices to boot. Meals served are brunches with funky ideas, sandwiches, salads, light meals including names like Mac Mac Balls, and the platters. With the latter, the people’s favourite of the five options is the Puff, Puff, Pass. The amusingly named platter can be shared by up to three people, for just R160. But on my next visit, Mamelodi Half-Loaf, a bunny chow, is my target.

Though Capital Craft is a great place to chill at on weekends, it is suitable for week days lunches or after-work drinks. It does not have to be beer or ales as wine, cocktails or good old gin and tonic are also available. According to Daniel, the beer menu is changed regularly.