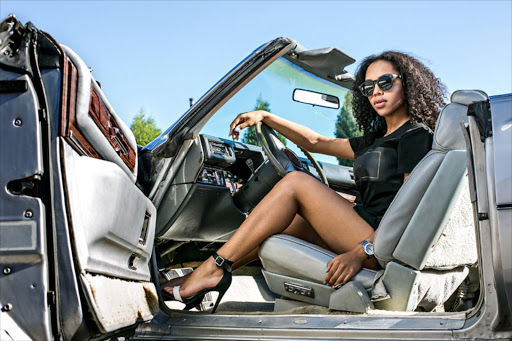 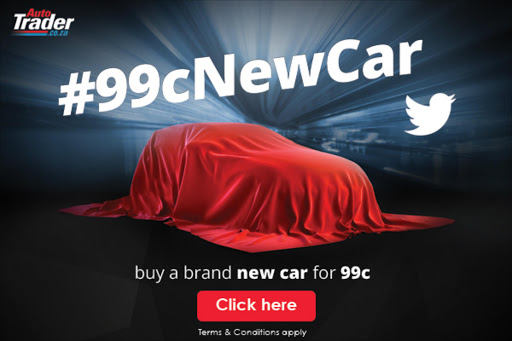 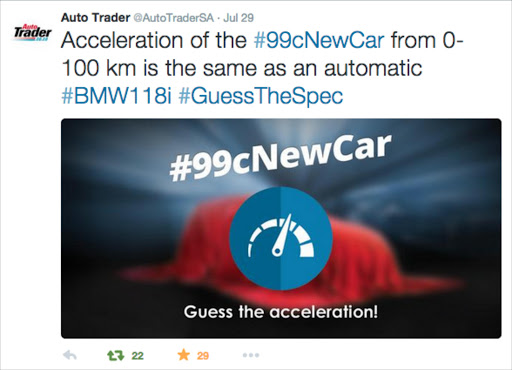 This Women’s Day AutoTrader hail the new feminine force in the motor industry, and celebrate with South Africa's cheapest brand new car for sale, for 99c.

The stats are in and the message is clear; women globally are taking control behind the wheel. GM and Citroen now have female CEOs and last year Nissan chose women as the key ‘mega trend’ to guide their new designs. This Women’s Day, AutoTrader  are celebrating with a massive South African first; the country’s cheapest brand new car, ever, at a record breaking 99c.

Dubbed the #99cNewCar competition, AutoTrader are inviting South African motorists to guess the specs of a brand new car to celebrate the launch of their new car search. Over 6 000 new cars now join more than the 60 000 used cars on AutoTrader’s website. The make and model of the mystery car is gradually being revealed via a series of 28 clues; one dropped daily on AutoTrader’s Twitter account. Following the clues gets you a step closer to the chance to buy the brand new car for just 99c.

“Max torque is the same as the #Renault Duster” read one of the series of clues dropped via Twitter on Tuesday 28 July. “Max torque 145” replied SA motoring lady Jenene M in minutes, beating a pack of men to the chase and prompting a “boom.. well done” tweet from AutoTrader CEO George Mienie himself.

Mid August the race nears its climax. A ‘buy now’ button will appear on the mystery car ad posted on the AutoTrader website. A click will put SA’s ladies (and men) into a final draw. Finalists will be hosted in Cape Town and will appear on SABC3’s Expresso morning show. There the competition’s thrilling live challenge finale takes place where only one will walk away with SA’s most sought after brand new car.

So far AutoTrader have laid down a tantalising trail of clues, painting the picture of a car that suits the pace of South Africa’s modern woman.

Space is taken care of with the mystery car being a hatchback with five doors and the car is light on fuel, using only 5.5l of petrol per 100 kms. Convenience doesn’t compromise on performance, however. SA’s luckiest motorist will be able to do 0-100km p/h in a dizzying 8.7 seconds. The added feature of a USB input to the stylish sound system puts the driver in control, making your favorite tune the song of the day, every day.

Times have changed for women forever and for the better. In the US it’s reported that 80% of vehicle buying decisions are now influenced by women, while the number of ladies on the world’s richest list continues to grow. Spending power and influence is moving to the fairer side.

Women are now major players in the motor industry, and AutoTrader are proud to be a part of the future. Follow AutoTrader on Twitter to join the race for your own #99cNewCar.