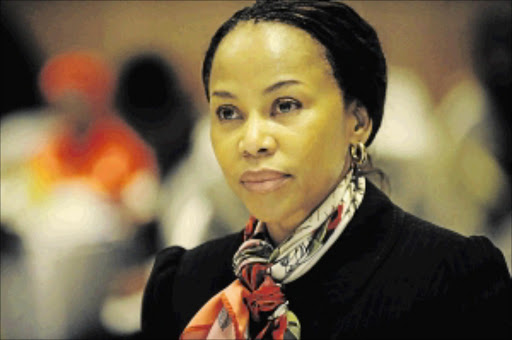 THE fashion party has moved back to Johannesburg after just one year in Pretoria.

With much fanfare, Dr Precious Moloi-Motsepe, founder of Mercedes Benz Fashion Week Africa, announced last year that the gathering would move to Tshwane for the next three years.

The deal was to be renewed every year and the city was to invest between R5-million and R10-million in cash and in kind.

Fashionistas made the trek to Pretoria for the Week, but attendance was poor and it proved a logistical nightmare with some 80% of attendants coming from Johannesburg.

So this month it was announced that the event has relocated to Johannesburg and will be hosted at Melrose Arch next week.

"AFI has always had the event in Johannesburg, but in a bid to test the event's mobility AFI moved last year's event to Pretoria, a fitting host if one considers that Pretoria has the highest concentration of embassies on the continent," he said.

Without going into detail, he conceded that there were lessons learned from the exercise.

Commenting on the three-year contract, he said the concept was proposed but it did not materialise because Tshwane was not a permanent home.

Selby Bokaba, spokesman for the City of Tshwane, said they had signed a one-year contract with Africa Fashion Week and it wasn't renewed. He said there was value in hosting the jamboree.

"We showcased the iconic places around the city and Tshwane designers were able to showcase their designs. The designers who participated at last year's event are now going to Paris Fashion Week in February 2015."

He said hotel occupancy was high during that period and the event had helped put the city on the global fashion map.