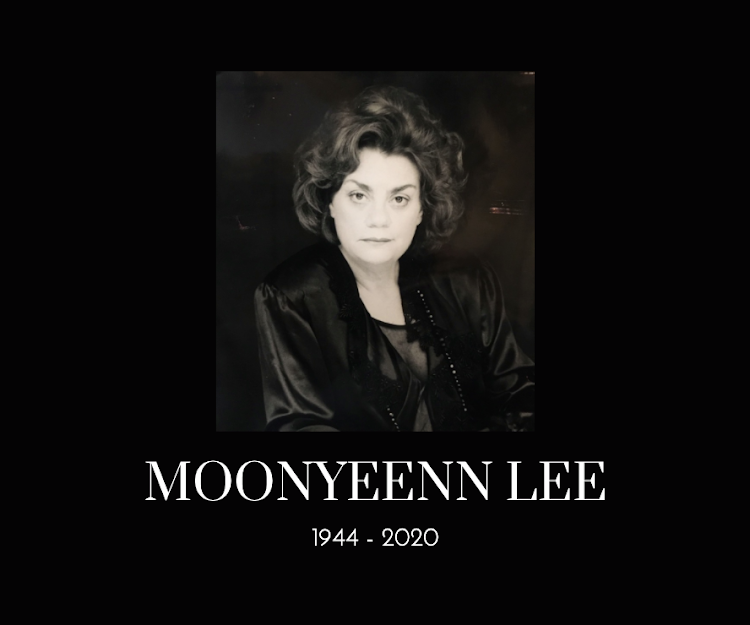 Lee, who is behind many TV stars' succesful careers, died on Saturday morning in Johannesburg, according to a statement by Monyeenn Lee Associates.

Boasting 47 years experience in the film industry, in 2003 she founded Khulisa Productions and produced her first film called Promised Land.

Lee’s passion for South African stories and local talent was well known. Over the years, she would travel around the world introducing producers and directors to South African actors.

"She would always do everything in her power to convince them to rather cast local actors over foreign actors. Her dedication eventually paid off as many international productions trusted her to cast locally. Moonyeenn helped shape the lives of many actors, directors and writers through her fierce honesty and passion. The South African film industry has lost an icon and a formidable champion of the arts. She will be sorely missed by us all,"  read the statement.

Lee was renowned as one of SA’s leading agents and represented some of South Africa’s best-known actors through her company, Moonyeenn Lee & Associates (MLA).  She cared deeply for actors and was a fearless defender of their rights.

"Work was central in her life. Her actors were her family. The directors and producers she worked with were all her friends. She was brutally honest, a bit too much for some, but she believed in saying things as they are. Her quick wit, her wicked sense of humour and deep understanding of her craft made her interesting company."

Lee received the Lionel Ngakane Lifetime Achievement Award from the South African Film & Television Awards in 2017. A highlight in her illustrious career was when she became the first SA member of both the Academy of Motion Picture Arts and Sciences, which votes for the Oscars, and the Television Academy, which also votes for the Emmys.

Lee is survived by her daughter Cindy Lee and her son David Lee.

SA's ambassador to Denmark, Zindzi Mandela, has died, a close family member has confirmed.
News
1 year ago
Next Article