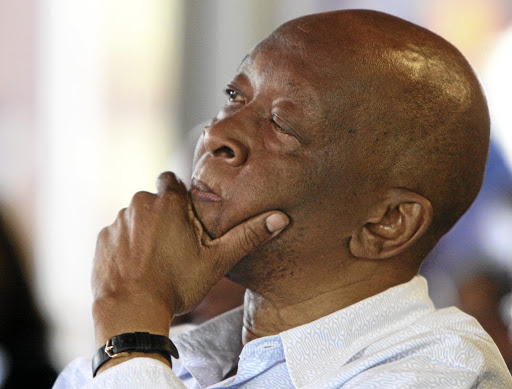 Siyabonga Msomi, not related to Welcome, is the new victim of Msomi's modus operandi; and it emerged just two weeks after co-founder of the Naledi Theatre Awards, Dawn Lindberg, revealed that she was also swindled by Msomi.

Siyabonga, who is the promoter of the popular UGU Jazz Festival in Port Shepstone, was allegedly defrauded of R390,000.

Msomi is currently in jail for allegedly stealing R8m from the Living Legends Trust Fund. He was arrested three weeks ago in Durban where he was allegedly hiding.

Siyabonga claimed that in 2017 he approached Msomi hoping to get a loan to settle some debts while waiting for municipalities and sponsors to pay him out.

Msomi allegedly promised to get him a R2m loan in Dubai.

However, he first asked for administration fee, which amounted to R390,000, since it was an international loan.

According to text messages between the two, which Sowetan has seen, the money was transferred from a cheque account on September 1 2017, at 1.55pm, to Msomi's FNB account.

Apparently, Msomi promised Siyabonga that the funds would be available for his use after two weeks.

"After transferring the money to his (Msomi's) account, he went quiet. There were no updates about the money and I got worried.

"He even ignored my calls. When he finally answered, he said he would return my money because I wanted to pull out of the loan deal."

According to text messages, Msomi kept promising to refund him, claiming that there were delays.

Siyabonga said he located Msomi at his communications company offices in Sandton in February 2018.

"He said he did not have money at that time but promised to pay as soon as he got it. He pleaded poverty to me."

Siyabonga said he was shocked to receive just R30,000 from Msomi in September.

"Welcome really disappointed me. I approached him for help but he saw a chance to scam me. I wish they lock him up and throw the key away."

Siyabonga said he opened a case of fraud but the prosecutor refused to issue a warrant of arrest because there was agreement between us when the money was released.

Bank not taking liability for looting
News
3 years ago

Seasoned playwright Welcome Msomi, who is accused of stealing R8m in the Legends Legacy Project, also allegedly embezzled funds from the Naledi ...
Entertainment
3 years ago
Next Article