Sipho Makhabane does it for his fans 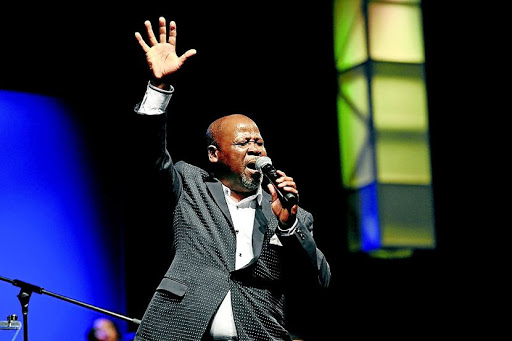 Sipho Makhabane has recorded a song with Oliver Mtukudzi as a token of appreciation to Zimbabweans who love his music. /Veli Nhlapo

Sipho Makhabane has finally found time to squeeze one more album for his fans.

He has spent the past few months investing his time in unearthing new talent in Mpumalanga, resulting in the new 30-member ensemble Mpumalanga Praise that he sees as his pride and joy.

"I'm all about discover, develop and expose," he says.

But for now the charismatic singer, also known as Big Fish, has been hard at work finalising Sinekhaya, his 13-track album he says is motivational and a reminder to the believers that no matter how hard life gets, there is a better home awaiting them.

"This album is the rebirth of Sipho Makhabane. I've gone through a lot of problems, surviving a horrible accident, some people had already written their RIPs, I was in a coma for six days, there was no hope. But on the seventh day I was up, thanks to the prayers from my fellow Africans."

He says he wanted to retire in 2010 to focus on development, but after some persuasion from his supporters he had to rethink that decision.

About 29 years later and 33 albums to his credit, the self-made gospel mogul is proud of his achievements despite his dismal education as a Standard 3 (Grade 5) drop-out.

"The slogan I have used all my life is ingubo ayinamali (staying in bed does not pay). There is no use in sleeping. You have to get out and push. I was also motivated by the scripture that says 'fear not, for I'm with you'."

Back to Sinekhaya, Makhabane is delighted to have recorded a song with Zimbabwean legend Oliver Mtukudzi called Tinotenda (Siyabonga).

He has long admired his vocals and dexterity on the guitar and their collaboration is in Zulu and Shona.

"This is a token of my appreciation to Zimbabweans because they love my music and their country is like my second home," said Makhabane.

Responding to the latest incidents of abuse of women and children, Makhabane has recorded an emotional prayer Save Women and Children featuring Pastor Ralekholela and Phindile Phoky, who happens to be the conductor of Mpumalanga Praise.

Ralekholela lends his voice calling for peace and protection of the vulnerable in the 10- minute long song.

"We need God's intervention. Our country is going through a difficult time and we need peace."

Makhabane says he is humbled by how in demand he still is after all these years. "You must see my schedule, you'd think I'm a new act. I'm always on the road performing."

To celebrate his 30th anniversary next year, Makhabane plans to have a tour and wants to take his music development to other provinces so that he can mentor more young musicians.