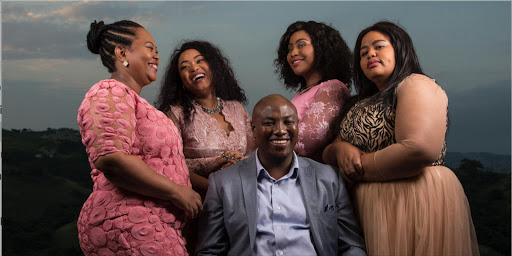 Businessman and polygamist Musa Mseleku has laughed off claims that he is set to take a fifth wife‚ saying that his family is not yet ready to expand.

Musa and his wives got tongues wagging on Saturday when they were pictured at the Durban July with a mysterious woman in tow.

Fans of the family’s hit reality show Uthando Nes’thembu couldn’t help but wonder if a fifth wife had joined the family and was being introduced at the prestigious event.

Speaking to TshisaLIVE Musa denied that the lady was part of their family and said that she was just a fan who wanted to be in on the action.

“Everyone wanted a piece of us when we arrived at the Durban July. That lady just wanted a picture with my wives. We don’t even know her or her name. My wives said people were talking about her being my fifth wife and I told them to sort it out because they were the ones who took the picture with her‚” he joked.