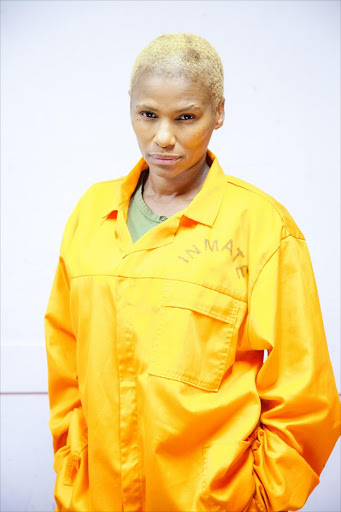 Jaxa will slip into character as a small-time criminal and fraudster on etv soapie Rhythm City.

Making her debut on 2 June, when viewers are first introduced to Andiswa she is in jail for selling stolen goods.

A first look at Jaxa in character sees her looking unflinching in her orange prison uniform, minimal makeup and bleached short hair.

She is set to create trouble for the villainous David Genaro (Jamie Bartlett).