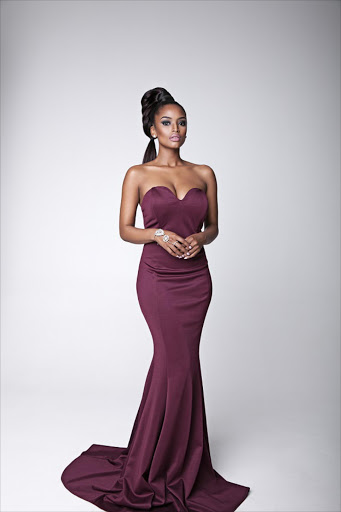 Being a Top Billing presenter is just the kind of work Ayanda Thabethe has been dreaming about.

She was revealed last week as a new addition to the glamorous SABC3 entertainment and lifestyle magazine show.

She will make her debut on Thursday April 6 at 8.30pm.

The BCom communication management graduate from the University of Pretoria "always wanted to be part of Top Billing".

"It is something that I have been dreaming about. I cannot believe that it's happening. It's a miracle and a blessing that something you dream about actually turns into reality. This is not only a big thing to me but for my family - through me they can see that dreams do become real," Thabethe said.

She told Time Out that she had go through auditions and screen tests to see if she was compatible.

"When I got the call, the first person I broke the news to was my mother. The difficult part was that I had to keep quiet for two weeks until it was announced officially."

For Thabethe, who has appeared in Rockville, joining Top Billing will present her with many opportunities .

She hopes to use the platform to grow as a presenter.

"I have always admired and respected my co-presenters' work. They have done well. Working with them is an honour. I plan to learn a lot from them," she said.

Thabethe grew up in Ntuzuma, Umlazi, KwaMashu and Avoca Hills in Durban, and moved to Johannesburg in 2005.

The 30-year-old is not only aiming to spread her wings in the television industry but also wants to establish herself as a business woman.

The actress is also poised to open her first hair salon called Liyanda in Melrose Arch. The former brand manager at Dark and Lovely understands the industry quite well.

Thabethe admitted that balancing modelling, acting, business and TV presenting was challenging. She says all the hats she wears have made her life interesting and give her a challenge.

"I have to make it work because I love doing them. They inspire and bring out different personalities in me. They are the reason I wake up early in the morning."

Armed with an honours degree in marketing from the University of South Africa, Thabethe is a managing director and founder of Buzzworthy Productions.

Thabethe still dreams of making it internationally as a presenter and on growing her business into an empire.

She has already appeared in Tooth and Nails, Rockville Season 4 and Generations: The Legacy.