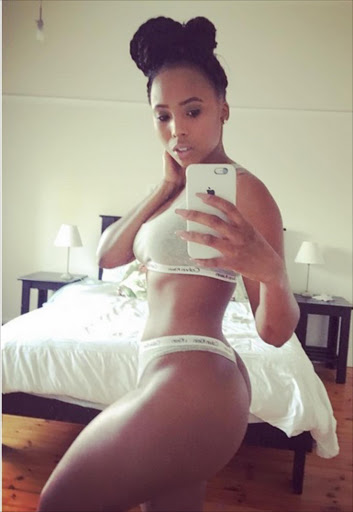 Former Generations: The Legacy actress and Vuzu Amp presenter Denise Zimba may have not only stolen the heart of her new mlungu bae but allegedly also helped herself to a pie without paying.

The screen princess allegedly looted a pie at a Checkers Hyper in Sandton, north of Joburg about two years ago.

This piece of secret was revealed by one of the staffers at the supermarket.

"Why did you guys not write about Denise? You wrote about the other girl (referring to another former Generations actress Maggie Benedict, who was prosecuted but acquitted for allegedly stealing pain killers in 2013).

"It has been two years and you are ignoring the story. Why do you treat celebs differently," said the worker.

Police spokesman Lungelo Dlamini confirmed that a case of theft was reported at the Sandton police station but said no arrests were made.

Click here for the full report on Sunday World