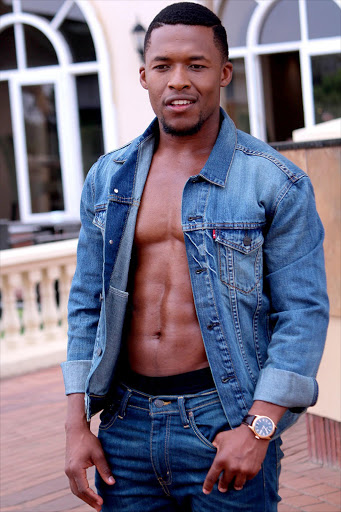 9. Nyaniso N Dzedze. With the second season of etv telenovela Ashes to Ashes coming in the New Year, we cannot wait for what Dzedze’s villainous character Tsietsi Namane will be up to. Picture credit: Lee Photography.

Nyaniso had been overseas studying to be a spiral practitioner and returned to South Africa recently to start shooting with the series.

Producers confirmed to TshisaLIVE that Nyaniso has joined the cast.

“He started shooting with High Rollers in October. Luther Duma is Busi Duma’s younger brother. He has a very interesting past. A past that will make him a perfect fit as the new head of security for King’s Casino‚” High Rollers’ publicist Selai Ralarala said

Selai revealed that Nyaniso nearly missed out on the role.

“We held weeks of auditions and Nyaniso’s talent was undeniable. He almost missed auditions because of his busy schedule but he finally came in and dazzled the producers. The cast and crew have been very welcoming of Nyaniso. His bubbly and playful nature is a breath of fresh air. He is loads of fun on set‚” she added.

The star also uploaded a picture of himself on set of the show this week.

I've never loved being challenged by a character this way... Luther Duma... you will be the Growth of me!         @highrollerssabc3 #LoveWhatYouDo #DoWhatYouLove #theWizard #LutherDuma

Talking about his character‚ Nyaniso said that he had “never loved being challenged by a character this way (before)” and was excited for fans to see him on screen.

He further described his character as: “A bit of a geek. He loves puzzles and is the last born of two“.

Nyaniso is the latest in a host of celebrities who have joined the show in recent months‚ including Boity Thulo‚ Thapelo Mokena and former Generations actress Sophie Ndaba.

He is expected to make his debut on December 13.