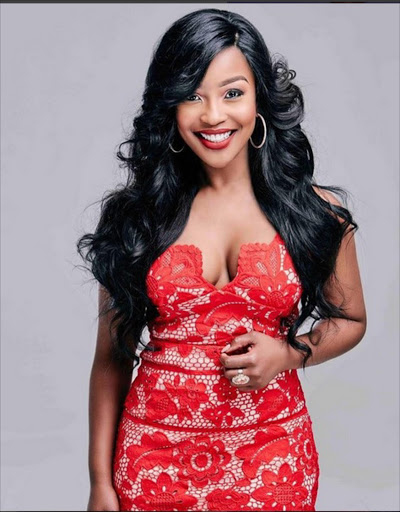 On Saturday night at the 2016 YOU Spectacular Awards Maseko presented rapper Emtee with the ‘Rising Star’ award.

During her stage appearance, she exchanged banters with comedian and host of the awards Ann Hirsch in which she stated that she’s a new divorcee jokingly adding that she's ready to get into a lesbian relationship with Hirsch.

After the show, Sowetan LIVE caught up with Maseko to clarify on her comments.

Offered a chance to further explain her statement and the circumstances around her divorce, Maseko declined by answering:

“I don’t want to clarify further, except for the fact that my ex-husband is an amazing person.”

Maseko married Gcina “GC” Lukhele in December 2010. The couple exchanged vows in front of 150 of their closest family and friends at the Memoire wedding venue in Muldersdrift.

At the time GC was a Joburg-based sales executive.

Maseko is the new host of Top Chef SA, which kicked off this past Tuesday.

She says the response has been amazing from South Africans. She added that her focus right now is making the show a success.

“Top Chef SA has been absolutely amazing, in terms of the production perspective. Sometimes we downplay what South Africans are capable of and this show is world class. We get to see some of the top chefs in the country, it’s pretty cool,” Maseko stated.

“For the rest of the year my fans can look forward to Cooking with Lorna & Friends merchandise. And just more of Lorna cooking. A synergy in that space.”