'Sex Box': TV show where couples have sex in a box in front of a live audience 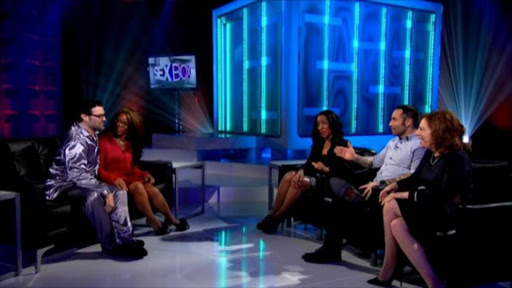 Based on a British show with the same title, American TV station WE tv debuted the reality show, 'Sex Box', last week in which couples have sex within a soundproof, camera-free chamber that has been placed in front of a live studio audience.

After doing the deed, couples step out of the box in silky pyjamas and discuss sexual intimacy and other emotional issues with a panel of 3 'sexperts'

The three-person panel  consists of psychotherapist Fran Walfish, psychologist Chris Donaghue and Dr. Yvonne Capehart who is a pastor and  has a doctorate in counseling.

According to The Blaze,  Pastor Yvonne Capehart, who runs a ministry geared toward women, recently told CBN News that she believes God wanted her to participate in 'Sex Box' and that she is simply doing what she was called to do.

"After I had turned it down the third time the Lord, as he did many times in my life, with everything else in my life, instructed me that he had prepared me to do the show and my presence would make a difference in being on the show," she told CBN .

The pastor believes that the show can make a difference for couples across America.

The Parents Television Council has started an online petition against the show and believe that this form of 'couple's therapy' should not be aired on cable TV which is accessed by most of America.

More than 50% of American marriages end in divorce so perhaps the US alternative will be more successful and help decrease this staggering statistic.

The original UK show did not get very good ratings and was cancelled.

Click her to watch the trailer of 'Sex Box'