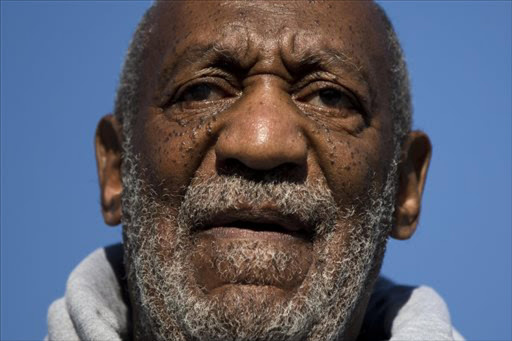 Veteran comic Bill Cosby counter-sued a woman Thursday who says he sexually abused her, accusing her of trying to extort up to $250,000 from him.

Judy Huth, 55, filed a lawsuit against Cosby in Los Angeles Superior Court on Tuesday, claiming sexual battery and infliction of emotional distress in an alleged assault at the Playboy Mansion in 1974.

But Cosby's Hollywood lawyer Marty Singer said in legal documents filed Thursday that Huth's attorney called him on November 25, initially offering to not proceed with the legal action in exchange for $100,000.

"Strecker increased his financial demand from $100,000 and demanded that his client be paid $250,000 in exchange for his client refraining from pursuing criminal or legal claims or going to the media with her claims," Singer wrote.

Separately, Cosby's lawyer sought to undermine a key part of Huth's legal claim: under California law she had to prove that she had only become consciously aware of the alleged sex abuse within the last three years.

"The only way that an alleged victim of childhood sexual abuse would be able to assert an otherwise time-barred claim is to allege that the psychological injury... had been repressed and was only discovered within the last three years," he wrote.

But he said Huth had "unsuccessfully tried to sell her story to the tabloids nearly a decade ago. This fact belies the allegation... that plaintiff only just discovered the basis for her claims within the past three years."

Around 20 women have now accused the 77-year-old Emmy and Golden Globe winner of sexual assault and even rape in alleged incidents dating mostly from decades ago.

But while his lawyer went on the offensive, there were two new setbacks for Cosby Thursday, with the US Navy revoking an honorary title of Chief Petty Officer bestowed on the entertainer in 2011.

"The Navy is taking this action because allegations against Mr. Cosby are very serious and are in conflict with the Navy's core values of honor, courage and commitment," said a Navy statement.

Meanwhile Los Angeles' police chief said his force would investigate any sexual assault allegations against Cosby, regardless of when they date from.

The pledge came a day after a victims' lawyer challenged the veteran comic to waive his rights under the statute of limitations, protecting him from lawsuits over decades-old alleged attacks.

"We don't turn people away because things are out of statute," said Los Angeles police chief Charlie Beck.

"You come to us, especially with a sexual allegation, we will work with you," he said.

The LAPD had not received any allegations "at this point" involving Cosby, he added.

Attorney Gloria Allred who urged Cosby to waive his statute of limitations rights, which limit how long after the fact lawsuits can be filed.

Alternatively she proposed that Cosby set up a $100-million fund for his alleged victims, and let a panel of retired judges determine the truth or otherwise of their claims.