Why hip-hop is not lost in translation 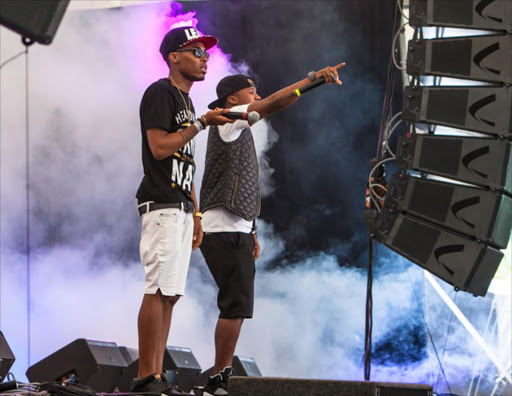 ‘The Language’ by Drake is a major song for 2014. But if the YMCMB rapper was South African he’d have needed to either be a bit more specific, or embraced the diversity of the rainbow nation and called it ‘The Languages.’

Luckily Drizzy doesn’t have to deal with that but one could very well find themselves in that situation when you live in a country with eleven official languages.

Fortunately for us, over the years our emcees have embraced the challenge and now it doesn’t matter what area code you rep or what your mother tongue is, everyone can enjoy the frills of hip hop (and understand it).

In this edition, we bring you artists who were instrumental in introducing their language as an avenue for dialogue in South African rap music.

Because rap music as we know it found its identity in 1970s New York and spread to different parts of the world from there, people have been rapping in English since the very beginning. This also makes it impossible to trace back to who the first English rappers were in SA. But credit needs to be given to Prophets of da City (POC), whose controversial movement and subsequent world tours put Mzansi on the map; Skwatta Kamp, who pioneered super clique culture and changed the face of rap in SA music forever; and of course Mr Fresh2Def himself, Da L.e.s, who is largely credited with being the first new school emcee and popularised rapping in English during a time when it was somewhat frowned upon.

The ‘Motswako’ movement deserves all the credit for popularising Tswana as a force in rap music. Originating in Botswana and finding abode in the mid-nineties primarily in Mahikeng (formerly Mafikeng), South Africa, the rhythmic, easy flowing cadence of the language made it very popular for artists like Mr T and Stoan of Bongo Muffin to spit in vernac. But it was when Hip Hop Pantsula (HHP) dropped his first solo album Introduction that the world started to move to the rhythm of Motswako.  Since then, the movement has produced gems in the form of Khuli Chana, JR, Morafe, Cassper Nyovest, to name a few. HHP has also collaborated with Jay Z signee Amerie and legendary emcee Nas.

No-one would’ve guess that the artist credited with being one of the first to lay Sotho lyrics on wax would be… wait for it… a white guy. Often dubbed the ‘South African Vanilla Ice’, Lekgoa (better known as Snotkop these days) used to kick the funkiest Tswana rhymes back in the day. He released two rap/kwaito albums Basetsana (1999) and Ngamla Yoba (2000), with the former containing the smash it of the same title.

The Xhosa equivalent of Tswana’s Mostswako movement, Spaza Shop rap is the movement credited with bringing Xhosa hip hop artists to prominence. These days we have iFani and Maxhoseni but it was Driemanskap’s ‘Sphem’e Gugs’ that introduced the commercial audience to Xhosa rap.

Roaming the crevices of the underground scene, Isaac Mutant is in many ways a pioneer in Afrikaans rap music. So much so that he mentored the crew that came to be the most recognisable face for Afrikaans rap globally, Die Antwoord has since conquered stages all around in the world including London, Paris and SXW in Austin, Texas.

In the South African context, the earliest origins of rap actually find its roots in Kwaito. Though Prokid, Zakwe and Dreamteam rep Zulu nation, it was the era of as far as Boom Shaka, Zola 7, Mdu, TkZee and Mandoza that gave Zulu its notorious voice in hip hop.

Divo Devenger is an underground urban legend who was known to be one of the first pioneers of Venda rap, as well as arguably the most skilled of all time. Unfortunately because of his untimely death a few years ago, there is little recorded footage of his work available to the public. But carrying on the legacy present time is none other than the freshest multi-award nominated Venda emcee on the planet right now, Mizo Phyll.

Spacemunna has been flying the flag high for not just Sepedi rap but Sepedi music for the better part of the last decade. Skilled with an infectious flow, insightful rhymes and believe it or not, an actual NASA approved custom made space suit, he’s got Limpopo on his back.

“At the moment, there is ample talent in our beloved country. It’s so incredible to see the level of production and artistry that is coming out of every corner of South Africa. The only thing is, there are not enough easily accessible platforms and mediums to get this music to the people. As fans and members of the music community, it is our responsibility to help make those mediums accessible and also support them.”

You can download The Eleven Official Languages Mixtape here