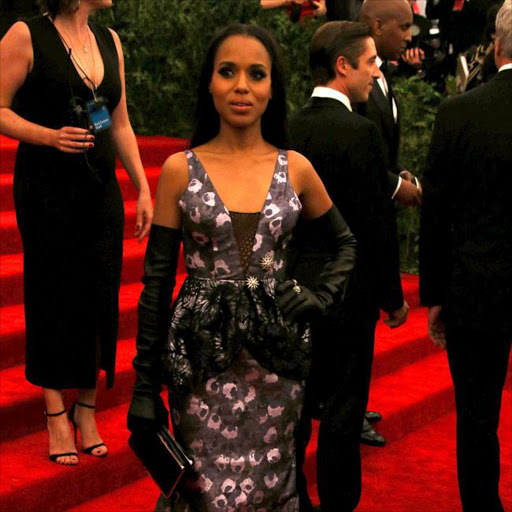 Kerry Washington thinks her character, Olivia Pope, on 'Scandal' is 'revolutionary' because she has inspired so many women across the world.

The 36-year-old actress, who plays Washington D.C. crisis management expert Olivia Pope on the ABC political drama, loves that the powerful role has inspired so many women across the world. She told the August issue of Vanity Fair magazine: ''One of the most profound things for me about the show is the number of white women of all ages who come up to me and say, 'I want to be Olivia Pope.'

''It's especially profound in a place like South Africa. It's called 'The Fixer' over there, and it just started its second season. The fact that white women can see this woman of colour as an aspirational character is revolutionary, I think, in the medium of television. I don't think white women would feel that way about Olivia if her identity as a woman, period, wasn't first in their mind. ''I think is cool about Olivia is that she fully owns being a woman. There's a very nurturing sense of 'I'm going to take care of you -- don't worry about it. I'm gonna be your mom in this situation.

You come stay in my office, have a cup of tea, and let my gladiators take care of you.' There's something very maternal about it. But there's also something very executive about her, and I mean 'executive' in a presidential way.'' Although she claims to be nothing like her character, Kerry had a socially conscious upbringing and recalls being brought to Yankee Stadium in New York City to see Nelson Mandela speak when she was just 13 and being excited to vote when she turned 18.

She explained: ''My becoming a voting citizen was celebrated the way other people would celebrate a Sweet 16. My parents took me out to dinner, and we talked about who I was going to vote for.''