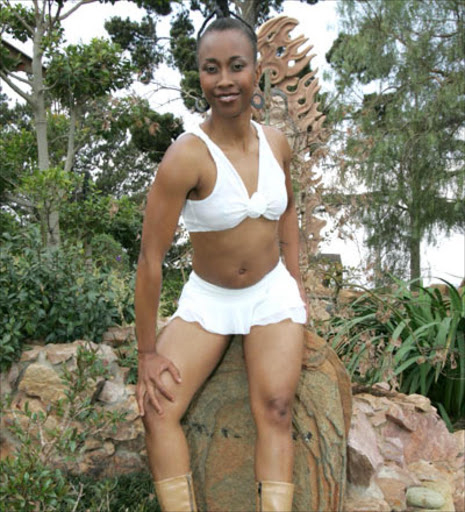 FORMER kwaito singer and dancer Zanele Nyakale-Peterson is making a name for herself in the radio broadcasting industry.

Nyakale-Peterson, who is known as Nestum, joined Lesedi FM in 2005 and is maturing with time.

Having started her entertainment career at 15, singing for a kwatio group called Abashante, she has transferred her musical energy to the airwaves.

She now hosts Di a roropa on Friday and Saturday nights between midnight and 3am.

Nyakale-Peterson says during the show she plays a lot of house music as well as hits to entertain her listeners.

"It's a party-style show, the aim being to entertain those who cannot go to clubs," she says.

"Some people work at night and this show brings that environment to right where they are. I also have a slot for entertainment news, dedications, mixes and also interview celebrities."

She says though her career started in the music industry, she always loved radio. Nyakale-Peterson says when she joined Lesedi FM it was a little bit challenging.

"Unlike music, radio is live and any mistake you make will be heard by millions of listeners. You need to know what you are talking about. Fortunately, I am used to that now."

Though Nyakale-Peterson has been hosting the show for six years, she still looks forward to hosting it.

"In April I will be celebrating six years with the station. The show I am doing suits me well because I come from a music background. There's nothing as fulfilling as knowing that I changed someone's life."

From a kwaito singer to a radio presenter, Nyakale-Peterson has changed her career around and is now one of the women who are doing well in the radio industry. Nyakale-Peterson credits her success to veterans such Chomane Chomane who mentored her.

"Radio is about touching and changing people's lives in a positive way. I have learned that you need to be as convincing as you can because listeners can sense if you are faking it. Honestly, I have grown and there is more room to improve."

Nyakale-Peterson says she was introduced to the entertainment industry by her friend Speedy Mathlaku.

"I am not active as a singer but I plan to return to the industry. Mafokate taught me a lot. I will forever be grateful to him for giving me this platform to get myself out there."