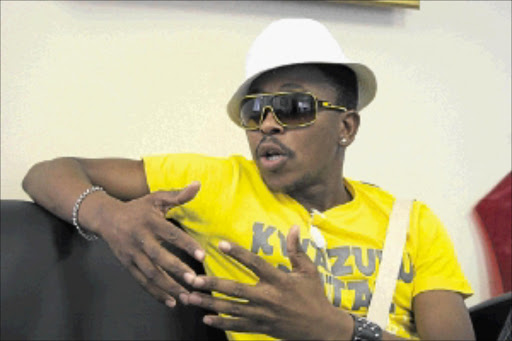 POPULAR Ukhozi FM radio disc jockey, DJ Lovers, also known as Xolani Nene, died on Tuesday night at the King Edward Hospital in Durban at which he had been admitted after complaining of a headache.

WATCH YOUR OWN HEALTH -

High blood pressure a big hazard - blacks are most at risk

The Facebook page of 30-year-old Nene was inundated with messages of condolence after his sudden death, which has shocked many of his fans.

Nene began working at the station in April this year, presenting Akulalwa from 11pm until 2am on weekdays.

The popular deejay, who was nicknamed uSthenjwa intombi zimcela u kiss noma ejahile, was born in Newcastle on November 14 1980.

He started his primary education at Inquthu and proceeded to Panorama High School in Newcastle before moving on to Ziphakamiseni High School.

Ukhozi FM acting station manager Rev Prince Zulu said: "It is very unfortunate to lose such a young men who was full of energy. We were still grooming him for our long-term strategies."

His funeral will take place on Saturday at Kilbarchan in Newcastle.

He leaves behind his 8-year-old daughter Sthandwa, his mother, a sister and five brothers.