Masuka's life to be captured in a film 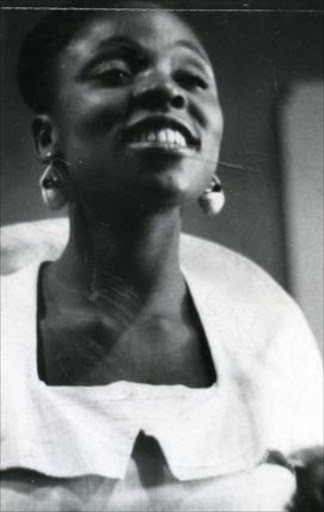 THE ever so elegant Dorothy Masuka's life and times will be captured in a film. The film is the brainchild of Mfundi Vundla of Generations fame

Masuka said: "Mfundi has always wanted to do a film on my life, but I was not really keen. He is a clever and persuasive man who would not take 'no' for an answer.

"After cornering me for a while I began to warm to the idea because the youth, taking their cue from promoters, always dismiss us as old hags who have nothing to offer the country.

"In spite of my earlier reservations I am slowly getting caught up in the excitement of the project.

"It is going to track my origins, performances in Sophiatown, Africa and all over the world. I know there is somebody who is going to play the younger Dorothy while I step in to represent an older me."

Masuka said it was a pity promoters seldom used them, insisting they were old.

She wrote popular songs like Pata Pata, Khawuleza, Nontsokolo and Into Yam, among others, that made up the late Miriam Makeba's brilliant repertoire.

Vundla said yesterday: "I am going to do the film, though I am still in the early stages. I have just secured the film rights on her life. The film starts in her last year of high school at St Thomas, which was in Johannesburg's Eloff Street Extension. That is where she was discovered."

He said the film would concentrate on the years 1952 to 1957, when she was forced to flee South Africa.

She had apparently written a song about DF Malan, the then SA prime minister.

"The police were harassing her and she ended up in Tanzania," Vundla said.