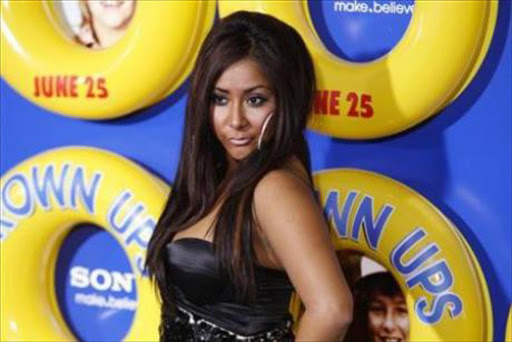 SNOOKI was involved in a car accident in Italy

The Jersey Shore star - who is in Florence filming the fourth season of the MTV reality show - was driving a Fiat Multipla that included her co-star Deena Nicole Cortese as a passenger and collided with a police car that was intended to be her escort.

A member of the show's production team was also in the vehicle and no one suffered any major injuries, though officers sitting in the police car had to be treated for whiplash and minor cuts and bruises.

Reports say Snooki - whose real name is Nicole Polizzi - was driving the car when it collided with the back of a traffic control car, becoming entrapped against a highway wall.

A witness said that Deena, who was sitting in the passenger seat, had to exit the vehicle through a window because the wall was blocking her door.

The star - who alongside Deena refused treatment - wasn't arrested but was taken to Florence's central police station to fill out paperwork.

Last month it was reported that the cast of Jersey Shore were instructed to comply with strict guidelines while filming in Italy, which includes a ban on their being filmed drinking in public places. - Bang