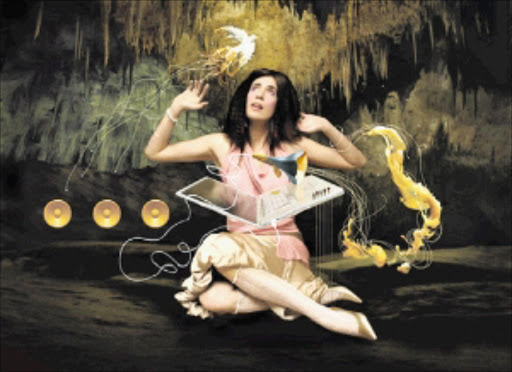 INNOVATIVE musician Imogen Heap, who is as at ease playing folk music as electronic music, has added another tour to her coming tour of South Africa.

Originally confirmed for Emperors Palace in Kempton Park, she will now perform in Cape Town as well.

Heap, a multitalented multi-instrumentalist, is finally flying our way and the pleasure playground of Emperors Casino is where she will touch down for her first concert on the January 29.

And then the Paul Cluver Forest Amphitheatre in Grabouw, Western Cape, gets its turn on February 4 at 8pm and Saturday 5 at 7pm.

Gates for both shows open at 5pm.

The Grammy-nominated singer, who's inspired adoring fans the world over with her stylish tech-savvy musicality, conjures up captivating digital dreamscapes.

Heap calls on both traditional instrumentation and computers to create a sound with folk memories that simultaneously reaches out to a brave new technological future.

Her sound has been described as "organic electronica".

Even usually bitchy Hollywood mega blogger Perez Hilton has championed her ability to cast a spell over her audience.

She was only 12 years old when she learnt how to layer sound with an Atari and sequencing software. At 18 she signed her first record contract and two years later she released her debut album, iMegaphone.

Heap's second solo album, Speak For Yourself, took her exactly a year to write and produce. It was released in 2005, and delighted music lovers and critics alike with its emotional variety.

Despite her reputation for being esoteric, her album delivers memorable pop hooks among its electronic psychedelia.

This innovative artist has been among the first to truly immerse herself in the Internet culture, which she's achieved by simultaneously embracing the interactive nature of social networking tools such as Facebook, MySpace, iTunes, YouTube and blogging.