Musk's bets on Tesla: no human drivers this year, robots next 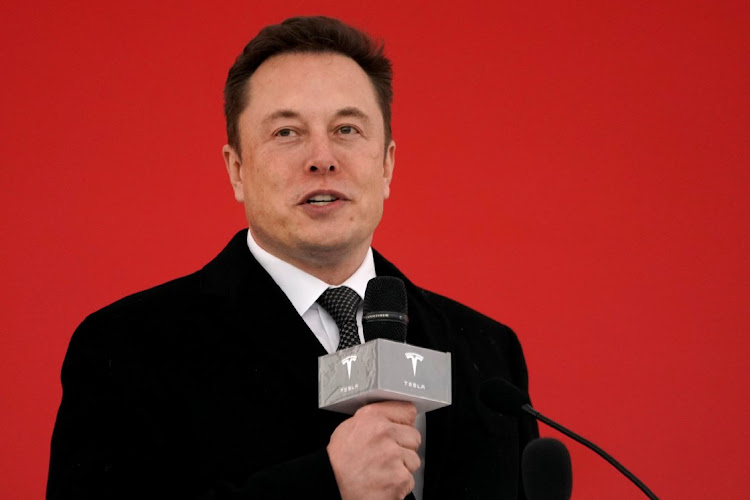 Tesla's most important products this year and next will not be cars, CEO Elon Musk said on Wednesday, but software that drives them autonomously and a humanoid robot the company expects to help out in the factory.

The audacious promises by the best-known billionaire in the electric car industry face major challenges, from technology to regulation. Tesla and other auto technology companies have missed their targets for self-driving software for years.

“I love the fact that they're pushing the envelope, but I think they are too aggressive,” said Roth Capital Partners analyst Craig Irwin.

Musk has built a career on defying sceptics with working businesses in electric cars and rockets. Some Tesla drivers buy $12,000 (R183 000) self-driving packages in the expectation that full autonomy is around the corner, and 60,000 Tesla drivers are testing the latest self-driving software, a scale that other autonomous vehicle software companies can only dream of.

“It's nutty good from a financial standpoint,” he said, saying robotaxis would boost the utility of a vehicle by five times, as owners can send their cars out to work when not needed.

Tesla uses cameras and artificial intelligence, avoiding other technologies such radar and lidar that rivals such as Waymo include. That approach has drawn fire.

“You have to be able to not only just see a person, like right in front of you, you have to do so, with 99.999999999% reliability. Even running over someone once is not an acceptable answer,” Austin Russell, CEO of lidar maker Luminar, told Reuters.

Philip Koopman, a professor at Carnegie Mellon University who has been working on autonomous vehicle safety, said a big problem is that at scale, unusual cases constantly can crop up.

“Without a human driver to handle safety for novel situations the machine learning hasn't been taught already, it's very difficult to ensure safety in a completely automated vehicle,” he said.

Tesla delays production of Cybertruck to 2023

Tesla Inc aims to start initial production of its much-anticipated Cybertruck by the end of the first quarter of 2023, pushing back its plan to begin ...
Business
4 months ago

Even if the technology works, Tesla would come under more rigorous scrutiny from regulators before deploying fleets of free-roaming robotaxis. US auto safety regulators opened a safety investigation into Tesla's advanced driver assistant system after crashes involving the vehicles and parked emergency vehicles.

There are some states whose laws will require approval for a fully autonomous vehicle, Koopman said.

Just a year ago, Musk said during an earnings call he was “highly confident the car will be able to drive itself with reliability in excess of human this year.”

Musk also said engineers are working to launch a humanoid robot next year, called Optimus, that could eventually address global shortages of labour, and in the short term might be able to carry items around a factory.

Musk, though, says the robot may be more important than a car. “This, I think, has the potential to be more significant than the vehicle business over time,” he said.