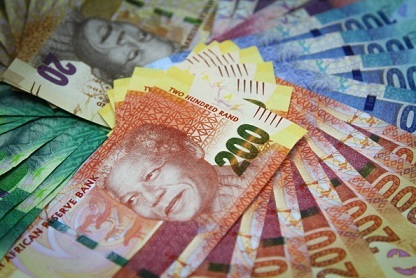 Lenders may be banned from blacklisting consumers whose credit records have been hit by the coronavirus crisis
Image: Getty Images

South Africa's government may temporarily ban lenders from blacklisting consumers whose credit records have been hit by the coronavirus crisis, a consultation document published by the main opposition party showed.

The Department of Trade (DTI) document said it was considering banning blacklisting and ordering the removal of any adverse information on consumers' profiles, until Sept. 30 or when a national state of disaster ends, whichever comes first.

"The regulations are aimed at assisting all consumers who are negatively affected by the national state of disaster ... and subsequently have had their credit records deteriorating," said the document, published by the opposition Democratic Alliance (DA).

The changes would be backdated to April 1, the document said, giving lenders until July 24 to submit written responses.

"Government will carefully consider any proposals ... and will take all views into account before making a decision," the DTI said, adding Trade Minister Ebrahim Patel would not consider the draft document until the consultation was complete.

The DA said the changes would hit banks' lending appetite, pushing up the cost of credit, and allow already indebted South Africans to rack up further borrowings.

Separately, Standard Bank and Investec have started offering government-backed coronavirus loans under adjusted terms to allow more firms to access funds, their websites showed, including removing a cap on turnover.

Lenders and the government have been looking to boost take-up of an up to 200 billion rand ($12.17 billion) government scheme to drive lending to coronavirus-hit businesses. Only 10.6 billion rand had been paid out by July 7.

As a FNB customers with a credit agreement covered by FNB Life, you will automatically benefit from free credit insurance on a Covid-19 cash-flow ...
Business
1 year ago

As the financial effects of Covid-19 takes its course, fraudsters are increasingly attempting to take advantage of vulnerable consumers.
Business
1 year ago
Next Article