Why are PSL clubs not open about virus? 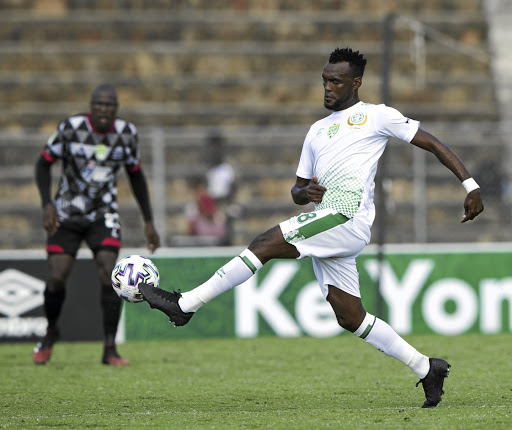 Given Mashikinya of Bloemfontein Celtic is one of the players who contracted Covid-19.
Image: Dirk Kotze/Gallo Images

The lack of transparency in coronavirus testing process by the majority of Premier Soccer League (PSL) clubs leaves a question whether they're really fully compliant ahead of the resumption of the season.

This issue of clubs' openness about coronavirus came to the fore once again on Tuesday when Mamelodi Sundowns disclosed five of their employees, including players, had recovered from coronavirus, having not revealed the news at the time of testing positive.

It's interesting that the Brazilians only came clean two days after the league's initial proposed restarting date. The affected Downs quintet have already returned to the club's training camp in Rustenburg after 14 days in isolation.

In the Premiership, Cape Town City have been the most open side about their Covid-19 testing, publicly confirming there were no positive cases from both their first and second testing programmes.

Orlando Pirates, Kaizer Chiefs, Bloemfontein Celtic and Stellenbosch are the only other top-flight clubs who gave Covid-19 updates from their respective camps.

Pirates were the first team to reveal that one of their players, Ben Motshwari, who has since recovered, had contracted this novel virus in May. But the Buccaneers have not said anything since.

Premier Soccer League (PSL) clubs will be required to conduct one more round of Covid-19 testing of their players and essential staff before they ...
Sport
1 year ago

In June, Chiefs came out and said two of their unnamed players had also tested positive.

In the second-tier, only Swallows, TS Sporting and TS Galaxy announced cases of the virus.

This basically means out of 32 PSL member clubs, only nine have been transparent. But why?

Asked why Golden Arrows have never given an update on their testing, the club's manager, Nonceba Madlala, said: "It's a private matter. It's a confidential thing."

One can concur with Madlala on the confidentiality point, hence many teams opt to withhold the names of positive cases, but surely a plain update like how Cape Town City have been doing, won't inconvenience anything.

"Even if we did have someone who tested positive, we wouldn't have shared that," Madlala insisted.

Highlands Park co-director Sinky Mnisi also reasoned why the Lions of the North have been silent about Covid-19 testing.

"We've tested three times, and we've been fine. We have not shared our testing update purposely because we feel it's unnecessary because we have no positive cases. Unless if someone tests positive, we'll update the public."

The return of the Zambian Super League on Saturday has been mired in controversy after leaders Forest Rangers revealed that 28 players and staff had ...
Sport
1 year ago
Next Article