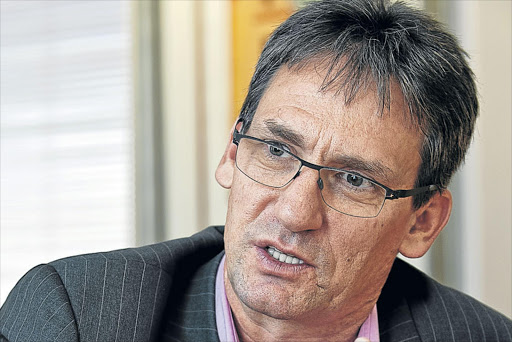 Amplats chief executive Chris Griffith has bemoaned that the new carbon tax will hit the company where it hurts most.
Image: Martin Rhodes

The new carbon tax could cost Anglo American Platinum up to $21 million (R300-m) a year from 2021 its chief executive said on Tuesday, piling pressure on an industry already grappling with higher energy and labour costs.

The parliament in February approved a long-delayed carbon tax bill as part of plans to reduce harmful emissions in Africa’s most industrialised and polluting country.

The bill, which was postponed at least three times since first being mooted in 2010, faces opposition from heavy energy users, including Amplats, the world's biggest platinum producer.

Finance Minister Pravin Gordhan said on Wednesday further consultations were taking place on the tax on sugary beverages and the proposed design was ...
Business
4 years ago

On the sidelines of a industry conference in Johannesburg, Chief Executive Chris Griffith said the carbon tax would cost Amplats around 50 million rand ($3.56 million) over the next two years.

That would rise to between 200 and 300 million from 2021, from when a tax on electricity use is included.

"I'm saying to the government don't do it," he said.