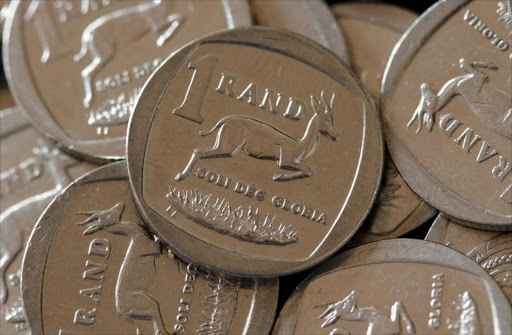 The rand plunged more than 8% alongside the Turkish lira on Monday morning‚ reaching R15.41 to the dollar around 2.30am.

Reuters reported that the Turkish lira pulled back from a record low of 7.24 to trade at about 6.80 after Finance Minister Berat Albayrak said Turkey would start implementing an economic action plan on Monday morning.

The rand extended losses on Wednesday morning‚ following an overnight rout after the ANC’s surprise decision to seek to change the Constitution to ...
Business
4 years ago

Other emerging market currencies to suffer from the lira’s plunge included the Indian rupee‚ which slid to an all-time trough‚ while the Indonesian rupiah hit its lowest in almost three years‚ prompting intervention from the country’s central bank.

In Hong Kong‚ Naspers’s main investment Tencent was down 2.3% to HK$36‚40‚ indicating that the JSE is likely to join the global rout.

After a restless night worrying about Arsenal, woken up to a rand at 14.80, yes 14.80, against dollar, all on back of Turkish contagion. That’s a 5% dip. Equities generally retreating. Platinum also off. Not a great start to day.