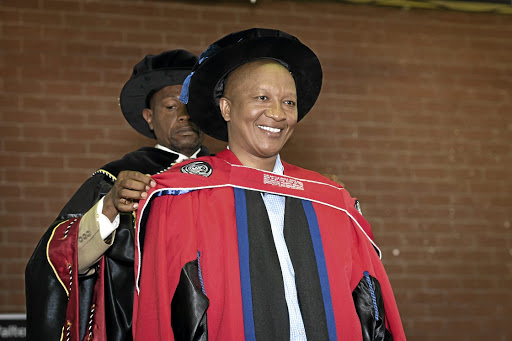 Sisa Ngebulana's passion as a property developer started in his grandparent's brickfield business in Corhana, outside Mthatha, Eastern Cape.

Ngebulana is the founder and executive chairman of Billion Group, the first major black-owned property company in SA.

"I spent a lot of my time working in my grandparent's businesses. That is where I had the first taste of business. I remember when I was 14 years old and I was at a brickyard owned by my grandfather Thandi Bushanan Ngebulana. I watched as muscle men heaved bags of cement off a delivery truck. They would carry two bags at a time and from then I knew this is a business I have to follow," he said.

The mining industry is popularly thought of as an industry of men in overalls.
Business
3 years ago

Between 2007 and 2015, the malls created 25340 jobs, making Ngebulana's group the biggest investor and largest job creator in Eastern Cape. "Building is in my blood and it takes a concentration of small businesses doing small things that makes a sustainable economy. Challenges in life and in business should be met as opportunities to learn and grow."

Ngebulana intends building 16 affordable schools over the next few years in poor and rural areas. "It is my wish to build accommodation and entertainment developments along with the schools. It's a form of uplifting communities with their own resources while providing employment."

Ngebulana's contribution was recognised by Walter Sisulu University which awarded him an honorary doctoral degree in commerce. "Receiving this doctorate was a huge honour for me. I will forever be grateful to my grandparents for their teachings," he said. "My wish is for the youth to be inspired by my story and realise they don't have to be born into wealth to become successful. Hard work, dedication and believing in oneself goes a long way to achieving success."