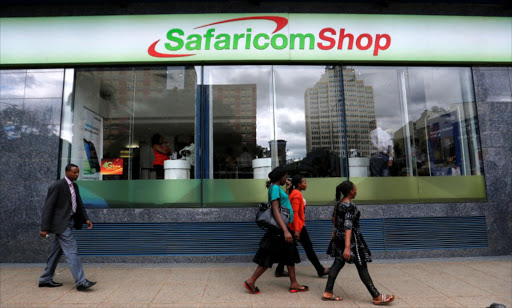 UK-based telecoms group Vodafone moved to consolidate two of its African interests on Monday with the transfer of a 35 percent stake in Kenya's Safaricom to majority-owned South African subsidiary Vodacom.

The 34.6 billion-rand ($2.6 billion) deal, structured as an acquisition of the stake by Vodacom in return for new shares, is the latest move by Vodafone's chief executive Vittorio Colao to rationalise the group's disparate portfolio of interests around the world.

Colao said last month that the company would fold some of its operations in sub-Saharan Africa into Vodacom as part of a "single, coordinated Africa strategy".

He told South Africa's Business Day publication that it made sense to consolidate operations in Vodacom given the group's "scale, advancement and competence in technology".

The Safaricom deal also simplifies the management of two of Vodafone's biggest money-spinners in sub-Saharan Africa and promises to speed up the roll-out across the continent of mobile money transfer service M-Pesa, which was launched by Safaricom in 2007.

Under the deal Vodacom said it will acquire a 87.5 percent shareholding in Vodafone Kenya, equivalent to a 35 percent indirect interest in Safaricom, in return for issuing 226.8 million new shares to Vodafone, raising the British company's stake in Vodacom from 65 percent currently to 69.6 percent.

Vodafone will retain a 12.5 percent interest in Vodafone Kenya, equivalent to a 4.99 percent stake in Safaricom, the companies said.

For Vodacom, which also has networks in Tanzania, Democratic Republic of Congo, Mozambique and Lesotho, the transaction takes it into a market where Safaricom has a 71 percent share and demand is still growing for mobile services, including M-Pesa.

The sale could be the first step for Vodafone, which also operates in Ghana and Ethiopia, to transfer more of its African assets into Vodacom.

"I think this is about simplification. It has been talked about for a long time," said Macquarie Research analyst Guy Peddy.

It also shows a commitment by Vodafone to Vodacom, despite the political upheavals that have rocked South Africa in recent months.

"Vodafone always takes a long-term view of politics and doesn't really get into the political environment," Joosub told Reuters.

"Although there would be concern around things like downgrades, there is always a long-term approach to South Africa and overall positive sentiment."

Safaricom, which is 35 percent owned by Kenya's government, said in a statement the deal promoted the continued successful expansion of the company as well as the opportunity to take M-Pesa into other African markets.

Safaricom made a success of M-Pesa in Kenya whereas Vodacom's launch of M-Pesa in Tanzania in 2008 and South Africa in 2010 disappointed.

Completion of the deal, which is subject to shareholders' approval, is expected in August.