Did Samsung really cock up their billboard ad? 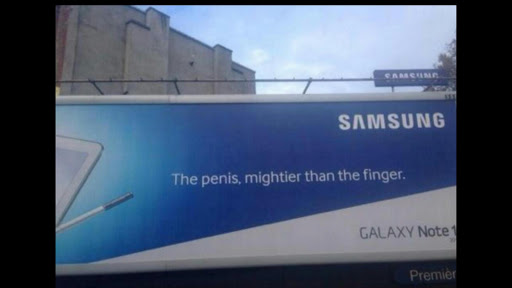 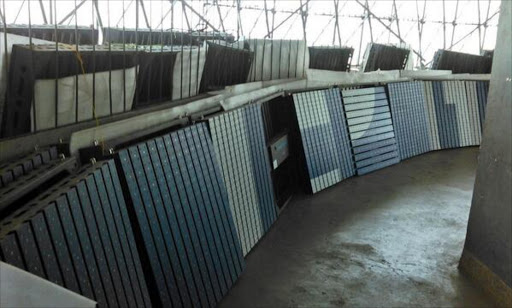 Samsung's billboards are causing a stir on all social networks after what seems like a mis-spelt word made it onto their huge billboards.

Now, it seems like Samsung clearly did not use their Galaxy Note to create the ad, as the auto correct did not kick in.

If you look closely, you can see that there is a comma between the word penis and mightier, which indicates that it was intentional - as you cannot really say the pen is (insert comma) mightier than the sword, right?

What they're trying to say is that the 'Galaxy Note pen' will be great in correcting that mistake - if you were to make it.

The very same advert was erected in Egypt, Pakistan, Kenya, France according to Tweets. Either the English speaking people in the marketing division is not that talented in spotting mistakes OR this is another clear indication that it is intentional.

Also, Samsung has not responded yet.. hmmm?

Meanwhile back at the ranch, the Kenyans found this ad very offensive and forced the removal of the ad from hovering over the Kenyatta International Conference Centre (KICC).

Let's see how this plays out.