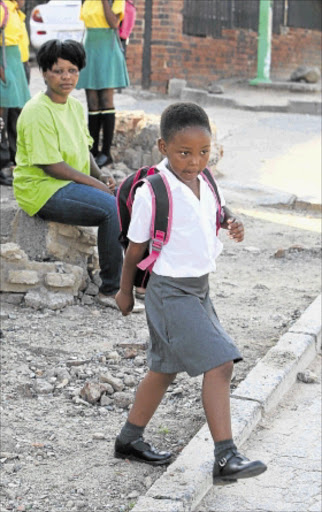 Local manufacturers have emerged as the biggest beneficiaries of the back-to-school rush.

But black manufacturers said they did not benefit from the sales made by big retailers.

All the retailers Sowetan interviewed were cagey about some of the details relating to the sourcing of their products in an industry Edcon estimates to be worth R3-billion a year.

National Industrial Chamber president Sinyosi Sikhosana said this did not mean that black manufacturers producing school wear and stationery did not make a killing during the back-to-school week.

"Our manufacturers have been doing extremely well during this time of the year," Sikhosana said.

He said the manufacturers largely generated their revenue from supplying school uniforms and stationery directly to schools and consumers.

He said black manufacturers were reluctant to deal with big retailers because they were generally bad payers and preferred to acquire goods from China.

"Big retailers demand that manufacturers supply them with a large volume of stock, but they only make payments after at least 60 days," Sikhosana said.

"We simply cannot afford to deal with them."

"In so far as the CNA is concerned sales growth has been positive in the stationery market, with customers continuing to rely on keen pricing and convenience as the main purchase decision influencers," she said.

A statement from Shoprite and Checkers said all school uniform items were locally manufactured.

"Though it does not form part of the group's standard merchandise ... school shoes and bags are sourced locally and internationally," it said.

"School bags are imported as there is currently none available locally."

The statement said Shoprite sourced most of its stationery locally, with a few cheaper alternate options being sourced internationally.

"About 80% of the Student Prince range, which is stocked all year round in PEP stores, is produced domestically."