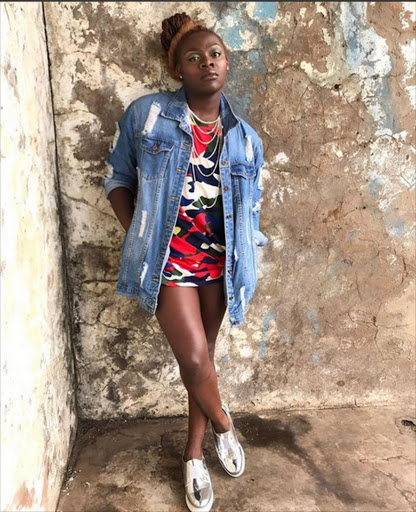 After apparently being mobbed and manhandled by admirers on a few occasions‚ Uzalo actor Khaya Dladla had to hire bodyguards to protect him.

Khaya revealed on Afternoon Express that fans sometimes got so enthusiastic about seeing him‚ it landed him in hospital with cuts and bruises.

“(There have been) a few hospital visits‚ a few cuts here and there. They (fans) are just so excited that they don’t even notice they are hurting me‚” he said.

Khaya explained that the first time he was hurt‚ he broke down and wanted to throw in the towel.

“The first time‚ I cried. I even called home and was like: ‘no‚ this is not me’. A fan literally kissed me‚ tongue in and everything. It was so disturbing‚ ” he added.

The incidents eventually led Khaya to hire bodyguards to protect him.

“For the longest time I tried to fight it because I didn’t want to do this whole thing of: ‘Oh‚ now he has bodyguards‚’ but (I realised) I’ve actually been hurt enough now. It is better now. They (the bodyguards) handle the situation and I am able to interact with people without them jumping on me‚” he added.

Despite the fame‚ Khaya was initially nervous about taking on the role of GC on the popular telenovela. Speaking to TshisaLIVE earlier this year‚ Khaya said he struggled at first to relate to the character because of how different GC was to his own personality.

“It’s great fun playing GC but it has really been a lot of hard work. I am the complete opposite of him‚ I’m more reserved and I have a filter. Lots of people will think that it would be easy to play a gay man when I am gay‚ but I struggled to relate to the character at first and really had to do research and spend time with people like GC to get into the role fully‚” Khaya said.