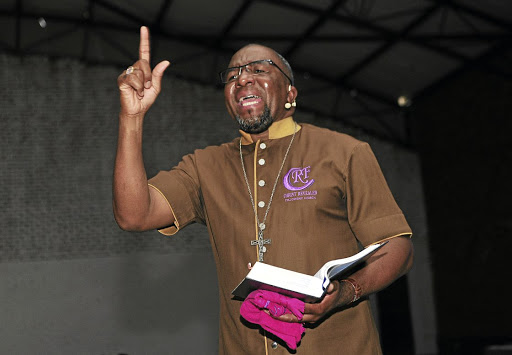 Professor Mashudu Tshifularo is also a preacher at a Pretoria church. /Veli Nhlapo

Growing up as a herdsman in the village of Mbahela outside Thohoyandou, in Venda, didn't deter professor Mashudu Tshifularo from dreaming big.

He describes himself as a spirit being and his name, Mashudu, as royal by virtue of birth.

At the age of 13, while in grade 5, Tshifularo knew he would be a medical doctor. And not just any doctor - but one that would leave a lasting impression.

Tshifularo made history last week when he became the first person in the world to transplant the hammer, anvil, stirrup and the ossicles - that make up the middle ear - using 3D-printed technology.

The ear, nose and throat (ENT) specialist who heads up the otorhinolaryngology department at the University of Pretoria and his team at Steve Biko Academic Hospital in Pretoria performed the transplant on a patient who had his hearing affected after a car accident.

The 54-year-old says his teacher once asked the whole class what they wanted to be when they grow up.

"My classmates told the teacher that they wanted to be teachers and lawyers. I stood up and said I wanted to be a doctor. From that time I never changed my mind and worked hard to achieve my dream."

Like any other black child back at the time, Tshifularo says he was affected by financial challenges in furthering his education after he passed matric. But today he has several degrees under his name.

"I am busy with my second PhD degree at the University of Pretoria, and I passed all my degrees within five years because I was focused. People like me never arrive. After climbing one mountain we want to climb another one. If I was easily satisfied I would have never achieved all the breakthroughs in my life," he says passionately.

Though Tshifularo is the first person to become a professor in his family, he is not the only doctor. Born in a family of six, he says all of them are academics, thanks to his mother who valued education.

Two of his brothers are medical doctors, one is a qualified maths and science teacher while the other one is a chartered accountant. His sister is a school principal.

He says in the entire Tshifularo family, there are currently seven medical doctors.

The father of four says his own children have since vowed to sharpen their own skills because what he has done has inspired them.

He says he knew the transplant last week would be the biggest mountain to climb in his medical career but had no idea it would be such a massive and talked about issue. Tshifularo has been getting congratulatory calls from all over SA and across the globe since the transplant.

He says he is happy that their long-term research paid off in the end. "I wanted to change people's lives. I worked very hard and I knew something good would come. But I wasn't aware it will be this big.

"Before I went to theatre that day I prayed because I'm a man of faith, and the procedure was successful. I am much energised and I am hoping to bring about more interesting and ground-breaking innovations to change people's lives."

When he's not in the operating room, the talented doctor is a preacher at Christ Revealed Fellowship Church in Pretoria.