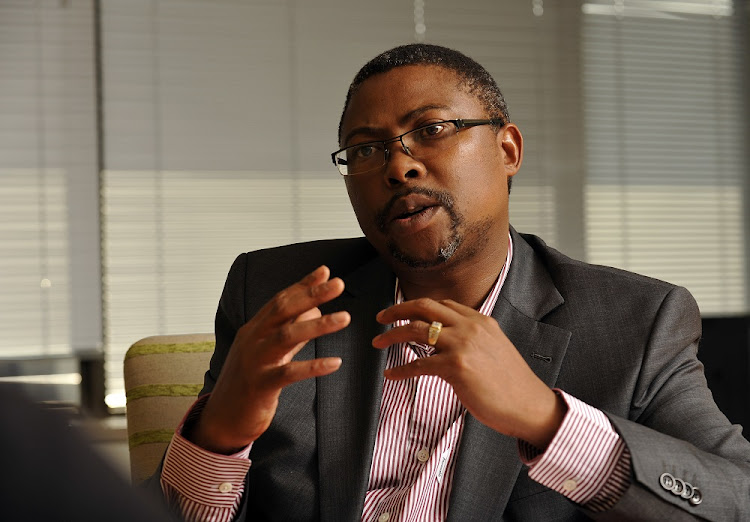 Troubled Transnet CEO Siyabonga Gama has dared board chairman Popo Molefe to suspend him after the embattled boss and two others were served with suspension notices this week.

Gama states that Molefe may have already made up his mind to suspend him.

Shockingly, Gama demands that Molefe apologise to him for accusing him of tampering with Transnet documents.

Gama's suspension follows an investigation into possible irregularities at Transnet.

All these details are contained in a letter sent by Gama to Molefe in response to a request that Gama should state reasons why his precautionary suspension should not be made final.

In the letter dated, August 17 2018, Gama urges Molefe to withdraw his letter to save himself and the board embarrassment. He states that Molefe's action relied on incomplete reports. "... your decision to place personnel on a precautionary suspension is based on an incomplete report," reads Gama's letter.

Transnet board chairman Popo Molefe has indicated that criminal and civil actions may have to be pursued CEO and two others.
News
3 years ago

He also dares Molefe to share with him the senior counsel's report.

He adds that he did not not take kindly to accusations that he manipulated Transnet documents to support his version of events with regard to the report. "I mentioned to you the 26 February 2014 submission and I attach for your information the minutes of the said meetings, which is factual and not fiction. Your inference that I am inventing meetings is far fetched and disrespectful to me. I acted in good faith as a director in Transnet to advise the board on a potential risk and I did not choose to withhold crucial information in deciding the way forward," adds Gama in the letter.

To top it off, Gama also accuses Molefe of being biased, and says it is clear he plans to suspend him regardless of his response.

Transnet board chairman Popo Molefe said: "I don't want to comment about those matters. Mr Gama knows that we have already started with a process, and I don't want to conduct an inquiry in the media."

Tell us why we should not suspend you - Transnet tells CEO, 2 other executives

Transnet's board has issued notices to CEO Siyabonga Gama and two other senior officials‚ asking them to explain why they should not be suspended.
News
3 years ago
Next Article