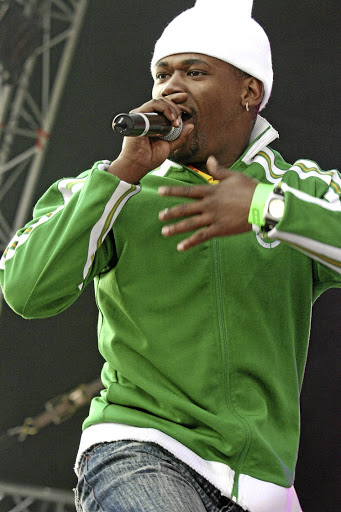 Award-winning rap juggernaut Prokid appeared to have had premonitions of his death.

According to his girlfriend Mandisa Mbanjwa, Prokid died after a severe seizure attack in her flat around 8pm.

Relating the ordeal, Mbanjwa said Prokid visited her a fortnight ago and complained that he was not feeling well. His health worsened on Friday, after telling her he was unwell.

"We thought he had a stomach bug. On Monday, I bought ulcer medicine for him and after drinking it he started feeling better," said Mbanjwa, adding that she did no go to work to take care of him.

On Tuesday, she left him in bed and went to work.

"He didn't want me to leave for work but I did anyway because I have bills to pay. I returned home after 7pm and he was still in bed complaining about stomach pains. He was vomiting funny green fluids." She said he refused to see a doctor.

Although she said they did not sleep well that night, the rapper woke up feeling better on Wednesday.

Mbanjwa said Prokid told her that he had visions whenever he closed his eyes.

He told her he saw visions of Lucifer whom he tried to shoot but he remained standing. Only when he hit him with a Bible did Lucifer run away.

Later in the afternoon the paramedics were called after the rapped seemed to have lost consciousness.

She said after trying to resuscitate him for a while the paramedics pronounced him dead. "I never thought it was time for him to go. Before I left to buy water he asked me to play him Cant Give Up Now by Mary Mary and was singing along to it. But he is gone now, I lost the love of my life," she said shedding a tear.

Local rapper Linda 'Pro' Mkhize has died at age 37, a statement released by his family confirmed this morning.
Entertainment
3 years ago
Next Article