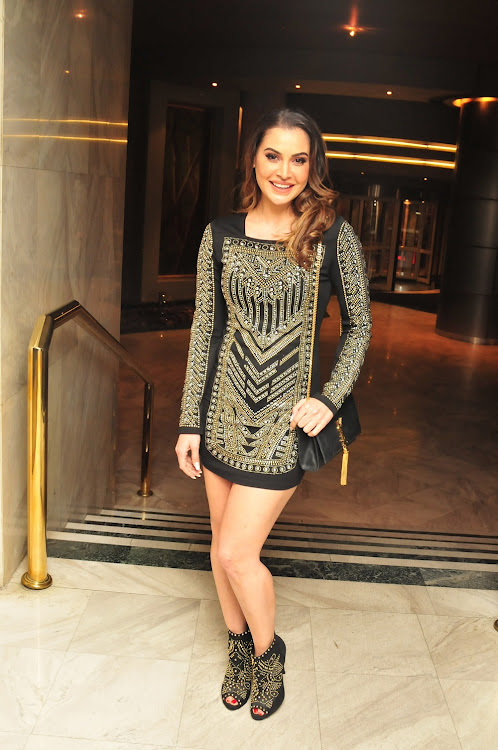 Model and media personality Shashi Naidoo has been dropped from this year's Vodacom Durban July.

Organiser Gold Circle said Naidoo's scheduled appearance at the premier social and horse racing event on July 7 was cancelled‚ following comments she made on social media about the unrest between Israel and Palestine.

"Gold Circle has recently been made aware of a series of social media messages posted by Shashi Naidoo‚ who was appointed by an outside service provider to appear at this year’s Vodacom Durban July."

"It is understood that her scheduled appearance at the event has now been cancelled‚" it said in a statement.

Gold Circle distanced itself from Naidoo. "Whilst it is understood that Shashi has since apologised for the content of these posts and the offence they may have caused‚ Gold Circle disassociates itself from the controversy surrounding this incident."

The star‚ labelled an "apartheid sympathiser"‚ has also been dropped as an ambassador of Glampalm Africa and by jewellery designer Adila Dhorat.

In a series of tweets Shashi got into a debate with a follower on Instagram‚ calling Gaza a "sh**hole" and was seemingly pro-Israel. She bashed Gaza for apparently not using aid and resources in helping its population but pursuing an "ambition to annihilate Israel".

It all started after Shashi shared a picture with Black Coffee in Ibiza‚ and a follower slammed Black Coffee for a performance in Israel earlier this year.

The comments have since been deleted from Shashi's social media accounts‚ however screenshots of it have been circulated.

Model and media personality Shashi Naidoo fears for her life and has hired personal security to monitor her home in the wake of major outrage ...
Entertainment
3 years ago

Black Coffee remains defiant in the face of a Twitter storm following his performance in Tel Aviv, Israel, on Saturday.
Entertainment
3 years ago

Chairperson of the ANC international relations committee Lindiwe Zulu issued a statement on Monday.
News
3 years ago
Next Article