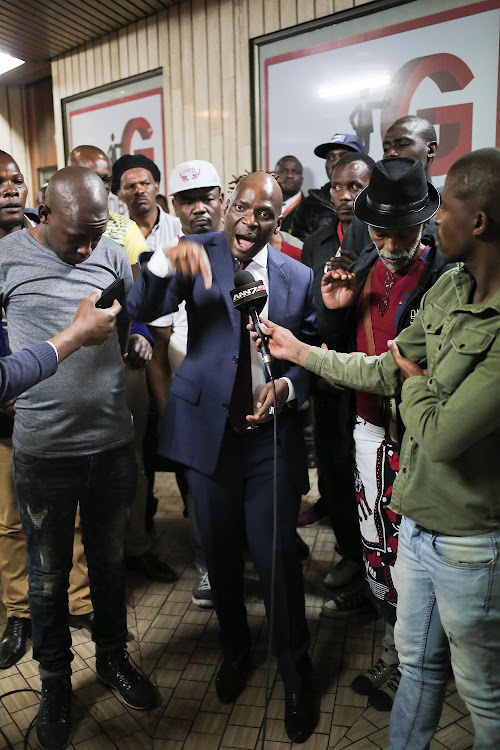 Motsoeneng, through his attorneys Majavu Incorporated, filed an application in the South Gauteng High Court on Monday asking for an order to compel the public broadcaster's pension fund to release the millions he is claiming.

Two months ago, the embattled SABC had gone to the same courthouse and made an application to force the pension fund to withhold Motsoeneng's millions, claiming that it had a claim of R11-million against him.

The SABC , in its letter to the fund, had argued that Motsoeneng was not supposed to have been paid a controversial R11- million bonus for making a deal with pay channel MultiChoice, because he was just doing his job.

The deal came at a price for the public broadcaster as it had to relinquish control of its archives to MultiChoice, including drama series from the 1970s and 1980s, soapies, magazine shows and other programmes.

The court matter has been postponed more than twice. It will be heard in December.

In the application, Motsoeneng's lawyer Zola Majavu argues that the pension fund has a responsibility to make payment as per its rules and the Act governing it.

According to an affidavit deposed on behalf of Motsoeneng, it states that he had worked for the SABC for nine years.

"As an employee of the SABC, I became a member of the respondent and I contributed 6% of my monthly salary to the ... The SABC as my then employer contributed a further amount to the respondent on my behalf and for the purpose of enhancing my pension benefits," reads the affidavit.

According to an actuarial report by Argen Actuarial Solutions filed in support of the application, Motsoeneng's salary at the time of his dismissal was sitting at R2.7-million a year.

Former SABC chief operating officer Hlaudi Motsoeneng says education should not only be about acquiring certificates but that knowledge should be a ...
News
4 years ago

Majavu confirmed that they had made the application at the high court.

"The fund must give reasons why they can't pay, if they decide not to pay. The matter has nothing to do with the SABC," said Majavu.

He said they had also asked the court to issue an order instructing the fund to pay the money with interest at a prescribed rate.

SABC Pension Fund principal administrator Anthony Williams said he could not comment on the matter because it was before the court.