Coffin assault accused sentenced to more than 10 years each 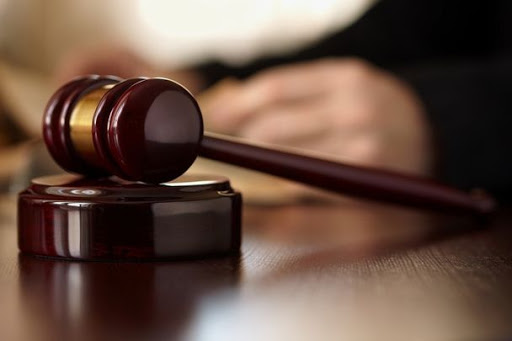 Two men have been sentenced to prison terms of more than 10 years each for abducting Victor Mlotshwa and forcing him into a coffin.

Theo Martins Jackson and Willem Oosthuizen were convicted in August on charges of attempted murder‚ assault with intent to do grievous bodily harm and kidnapping.

Oosthuizen received an effective sentence of 11 years‚ while Jackson will spend 15 years behind bars.

The pair took a video of Mlotshwa being forced into a coffin‚ which sparked national outrage when it hit social media. The video was admitted as evidence by the court during the bail application of the two.

During sentencing arguments‚ prosecutor Robert Molokoane accused Jackson and Oosthuizen of lying about feeling remorse for the crimes.

Judge accuses coffin assault pair of ‘disgusting‚ appalling and dehumanising’ crimesThe two farm workers who filmed themselves forcing Victor Mlotshwa into a coffin will each spend more than a decade behind bars.

Thirty-year-old Theo Jackson was sentenced to 19 years‚ five of which have been suspended. This would result in him spending 14 years behind bars.The two may be eligible for parole after they have served a third for their

sentence. However‚ the state applied for the court to issue a non-parole order.Prosecutor Robert Molokoane said Oosthuizen and Jackson should serve at least two thirds of their sentence.

Molokoane asked the court to take into consideration that the pair had lied to the probation officer who interviewed them.

“They have maintained their innocence. What we hear from them is that they are guilty of putting him in a coffin and not guilty of attempted murder or simple kidnapping‚” Molokoane said.

He said the pair were “reluctant and stubborn and unwilling to accept accountability.”

The defence counsels accused the state of being opportunistic and pleaded with the court to deny his request.

Making her ruling‚ Judge Segopotje Mphahlele said it would not be prudent to grant the application by the state.

In August the pair were found guilty of assault with intent to cause grievous bodily harm‚ attempted murder‚ intimidation and kidnapping.

Delivering her sentencing in the High Court sitting in Middelburg‚ Judge Mphahlele described the crimes as appalling‚ disgusting and dehumanising.

Oosthuizen and Jackson had maintained they had done nothing wrong and defended the assault by accusing Mlotshwa of stealing copper cables. However‚ Mlotshwa said they had suddenly attacked him as he waited to hitch hike to town.

He claimed to have beaten with a knobkerrie as his assailants threatened to burn him alive.