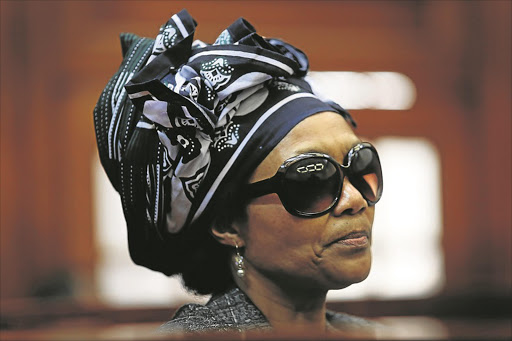 The Supreme Court of Appeal on Friday acquitted Thandi Maqubela on the murder of her estranged husband‚ acting judge Patrick Maqubela — finding he probably died of natural causes.

Maqubela was sentenced to 15 years’ imprisonment for murder in 2015.

The court set aside Maqubela’s conviction and sentence on murder. She will‚ however‚ serve sentences for the counts of forgery and fraud‚ the SCA ruled.

“It was held that when the medical evidence of Prof Saayman‚ a specialist pathologist‚ as to the cause of death of the deceased was properly assessed in accordance with the appropriate judicial measure of proof‚ being the assessment of probability‚ and not in accordance with the scientific measure of proof being the ascertainment of scientific certainty‚ the correct conclusion was that the deceased probably died of natural causes‚” the SCA said in a statement.

“This conclusion was based upon objective medical facts‚ sound logical reasoning and accorded with the probabilities as revealed by the medical evidence.

“The trial court had accordingly erred in concluding that the medical evidence as to the cause of death of the deceased was inconclusive. In the light of the conclusion that the deceased probably died of natural causes‚ even if the mendacity and guilty consciousness of the appellant were taken into account‚ an unlawful killing was not the only reasonable inference that could be drawn.

“A finding of murder was therefore precluded. The trial court‚ however‚ impermissibly relied upon the evidence of guilty conduct on the part of the appellant‚ without more‚ to prove the guilt of the appellant. In the result‚ the appeal against the conviction of murder succeeded.”

Maqubela was sentenced to a total of 18 years’ imprisonment in April 2015 by the Cape Town High Court.

The then 60-year-old widow was also convicted of forging his signature on a will that declared her the sole beneficiary of his estate‚ in addition to the murder count. Handing down sentence‚ Judge John Murphy said the crimes she committed were driven by greed and she stood to gain R4.1-million from her husband’s estate had she succeeded.

His body was found in his upmarket flat in Sea Point‚ Cape Town‚ two days later.