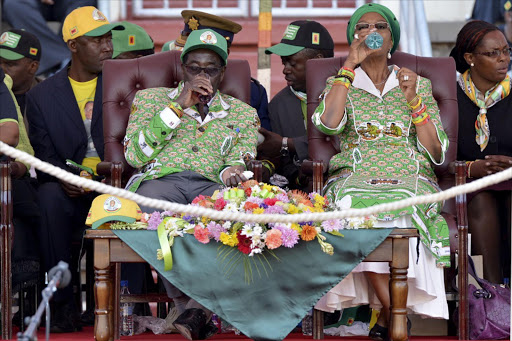 Speaking on Thursday morning during a meeting of the national assembly’s programming committee‚ Mthembu said it was “regrettable” that there were some ministers who regarded themselves as “superior” to the oversight authority of parliament.

Mthembu said a “tiny few” ministers had developed a trend of not taking parliamentary question time.

The ANC boss in parliament made the remarks after DA chief whip John Steenhuisen complained that International Relations Minister Maite Nkoana-Mashabane would not be in chamber on Thursday afternoon to respond to questions regarding the Grace Mugabe diplomatic immunity debacle.

Nkoana-Mashabane is currently on a working visit to Vietnam and Steenhuisen said she has not been taking oral questions from MPs for a year now.

He said the matter had been raised with Deputy President Cyril Ramaphosa in his capacity as leader of the government affairs in parliament.

“There are a tiny few who have decided that they are not accountable to parliament. What do you then do? You raise it with leader of government business but it’s still the same disrespect for parliament continues. How do we sharpen our rules? We can’t be complaining like little babies forever. We must bring this matter to a halt in one way or the other‚ particularly all those who are showing a middle finger to parliament‚” Mthembu said.

However‚ he pointed out that some ministers consistently showed respect to the authority of parliament‚ citing cabinet members like Naledi Pandor and Blade Nzimande as examples.

“We all know that she will not be here. She will be in Vietnam. But it begs the question: What are the consequences from the parliament side? For all those who account to it who fail to account to it? It’s something that our rules must look at. We need to really because‚ of course‚ this will not be something that reflects on the entirety of cabinet‚” said Mthembu.

Steenhuisen said it was disgraceful that Nkoana-Mashabane has jetted off to Vietnam during the week of parliamentary questions‚ despite earlier undertaking to account to the legislature on the Grace Mugabe matter.

“I really find this completely unacceptable. As you know‚ she has not been in the house since last year to answer questions. She wrote a letter to the speaker the other day indicating that she is available to come to parliament to account for the Mugabe matter‚” Steenhuisen said.

Other ministers who have previously been accused of undermining parliament include Bathabile Dlamini of social development and Faith Muthambi of public service and administration.