Musicians march to the SABC against corruption 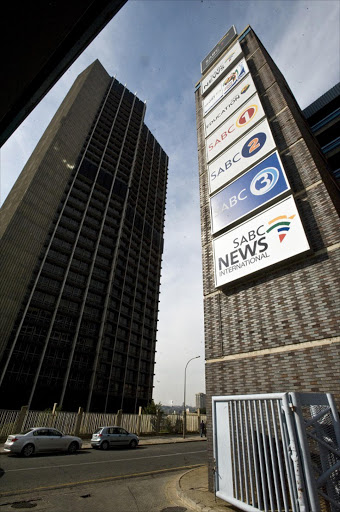 A group of young artists marched to the SABC buildings in Auckland Park on Tuesday to hand over a memorandum against payola‚ urging the public broadcaster to implement their “suggestions“.

Over one hundred people from different artist organisations untied to take a stand against corruption at the broadcaster‚ which they feel the SABC is “dragging” their feet in fixing.

The group drew up a memorandum which in part stated‚ “We as artists of South Africa believe it is our right to showcase our craft through radio stations. Our craft/music is our career.”

Speaking to TshisaLIVE one of the representatives of the movement‚ Glodine Makapela explained that artists were “gatvol” of the SABC apparently not solving the matter.

“We are done complaining behind close doors with no action. We are now handing them a memorandum with complaints and we have suggestions of how to redress the issues at hand. We’ve been submitting music for a long time but it never sees the light of day and now we are just gatvol. Just because we don’t have the support of “payola agents‚” big music labels‚ then our music is not played‚” she said.

Music veteran Eugene Mthethwa of Trompies Fame attended the protest to show his support and addressed the crowd outside the SABC.

“My kids will be coming into the industry. That is why I am standing here today to say‚ up and coming or not up and coming artists‚ I need to fight for this because my kids will spit on my grave and say ‘why didn’t you fight for something’ so we need to move for [this movement]‚” he said.

Glodine said they had presented the SABC with a solution because the problem was not new. She said that they suggested the formation of an independent compilers comittee‚ which would be tasked with compiling music for the broadcaster’s radio stations.

“We can shut down the SABC if we want to and we are nearing that point. However for now‚ we want their compilers to go‚ we know them by names. What we have said to them is on October 1 2017‚ we want all SABC radio stations to have fresh new playlists featuring new artists‚” she said.

Attempts to get comment from SABC spokesperson Kaizer Kganyago were unsuccessful.