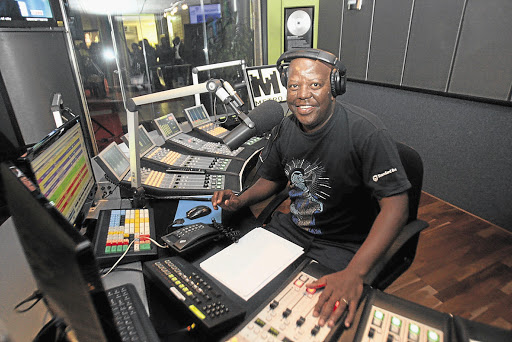 According to Metro FM spokesperson Happy Ngidi, Eddie Makhosonke Zondi was rushed to hospital in the early hours of the morning after complaining of chest pains.

Zondi, 47, was declared dead upon arrival at the hospital. He is survived by his wife, Phakamile Zondi.

Zondi, who was born in Soweto, hosted The Romantic Repertoire on Sundays on Metro FM from 15:00-18:00.

Eddie has released four compilation CDs titled Zondi's Romantic Ballads. Eddie has proven without a doubt that there are many ways to achieve a dream.

Eddie studied Speech and Drama at FUBA in Johannesburg.

Later he enrolled at the Wits University School of Broadcasting. Here he went through a six month course on radio with Koos Radebe, Metro FM’s first station Manager as one of his lecturers.

Through an inspired motivational talk, Eddie landed time on Metro FM as a weekend "on the field" sports presenter for the station.

He has a throng of morning people who appreciate what he does. He values them and acknowledges that in life we have to be consistent in order to keep our standards high.