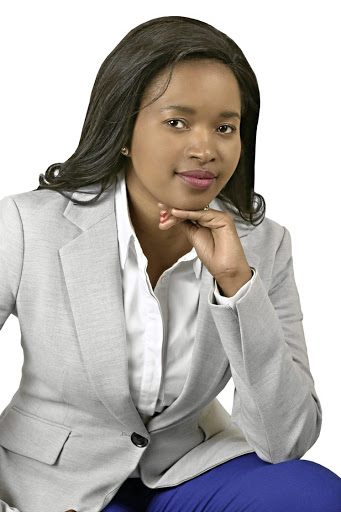 Beauty therapy entrepreneur Portia Mngomezulu has flourished since she conceived the idea of manufacturing a skin care and beauty range. Portia M is now found on the shelves of leading retailers.

Mngomezulu said she got the idea after giving birth to her first child in 2011. Her mother-in-law advised her to use morula oil to treat her stretch marks and the oil worked like a charm.

"Today it [morula oil] is the basic ingredient of my skin care products," said Mngomezulu.

The former IT medical engineer at Siemens worked with radiologist colleagues and other healthcare professionals to realise her dream.

Mngomezulu, 37, approached the government's small business organisations and was referred to the Small Entrepreneur Development Agency. The agency linked her up with the SA Bureau of Standards (SABS).

"Through trial and error, between 2012 and 2013, I was already mixing and producing the lotion at home using my kitchen appliances with the little financial muscle I had," she said.

Special memories is their business

The first week of business was a bittersweet experience for one of the founders of a tombstone-manufacturing company as he had to design one for his ...
News
3 years ago

"With the help and encouragement from my husband, who told me not to give up on my dream and passion, I managed to get the product clinically tested and got the stamp of approval from the SABS. My hubby bought me my first delivery bakkie."

Mngomezulu got financial assistance from the Innovation Hub in 2015 after pitching her business.

She won the Hub's award and was offered a 40 square metre space to kick-start her factory.

Today, Portia M's production and distribution premises occupy a 500 square metre factory space in Lynnwood, Pretoria, where she has created 30 full-time jobs, ranging from cleaners, to biochemists, packers and drivers.

From initially being available at six Makro outlets in 2015, Portia M products are now in 20 stores. Pick n Pay, Checkers and Clicks also became stockists in 2016.

These retailers have stores in countries such as Swaziland and Zimbabwe, so Portia M can be found in five Southern African countries.

"I don't see the need to hire models or ambassadors to endorse my products, the users are my ambassadors through word of mouth and social media," she said.

Duo brings the vibe back to Mahikeng

Two North West entrepreneurs who established an attractive contemporary outdoor hang-out spot at Signal Hill in Mahikeng are aiming for the stars.
Business
3 years ago
Next Article