Victimhood breeds desire for revenge, a vicious circle of victimisation 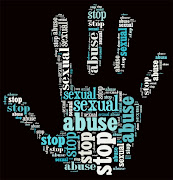 Knowing and understanding your environment: a laboratory for nurturing a problem-solving brain.

In Matthew 2:2, Magi from the east asked "where is One who has been born King of the Jews? We saw His star in the east and have come to worship him".

But when King Herod heard this, he was worried and troubled and sought a solution that would guarantee termination of the newly-born Jesus.

He ordered that all male infants be killed in order to obliterate anyone challenging his authority. The column discusses the vicious circle of victimhood and victimisation observed through rare events.

Here is a worrisome rare event that may shed light on our behaviour as biological beings in SA. It is an observation of geldings and stallions in the donkey kingdom.

It was in 1969 and I was about 12 when a long vexed village theory that explained mysterious still births or foetal deaths of foals - a young of a donkey - got finally resolved through observation of rare events.

Our experience was of three stillbirths of foals yet they were delivered at full term. A theory prevailing was that the chuff from sorghum heads when consumed by pregnant cows, mares, jennys, ewes and she-goats, would abort the foetus.

The mystery of sorghum chuff was revealed one dusty September afternoon in 1969 when the real "sorghum chuff" reared its ugly head. The mare, on this particular season, decided to give birth during the day.

This was unlike all other seasons when this occurred in the privacy of darkness in the kraal at night. No sooner had the mare dropped the foal than an old, always taken for granted and stupid gelding galloped towards the scene.

Surprise, surprise! It was not about to welcome the foal. It was not the Miga from the east who asked "where is One who has been born King of the Jews?"

But the gelding was a King Herod incarnate. With gleeful wickedness, it went for the foal and held it by the neck and shook it with historical precision, viciously determined to terminate its life.

We were fortunately at hand, having witnessed the birth of the foal, to stop the monstrous gelding from continuing the infanticide of foals. So the foal survived.

Since then all foals survived as we had put the killer gelding under control.

The story had sparked confirmatory observations made some time back from the other side of the village where an elderly gelding had also committed similar crime.

Now, the question that emerged was this: Why do these two geldings behave so uniquely and yet so differently from other known geldings?

The question drove us not only into the life history of the two geldings, but took us into looking into another two geldings and some stallions.

We enquired into their life history. It emerged that the two killer geldings were gelded (castrated) before they could sire foals.

The two geldings may teach us that victimhood breeds desire for revenge - a vicious circle of victimisation. Perhaps as biological beings, we share a lot with these geldings.

They acquired a retaliatory behaviour and exhibited the "wicked mother-in-law syndrome" of a victim possessing an insatiable propensity and appetite to victimise and punish.

In SA, we have come to witness shockingly what happens to children who get killed with similar enthusiasm that the two geldings killed the foals.

It is a broader matter to be looked through the apartheid lens of the Exodus like generational curse which sheds light on the apartheid inspired vicious circle of victimisation.

It is one of an unfinished transformation in SA.

*Dr Lehohla is the former statistician-general of SA