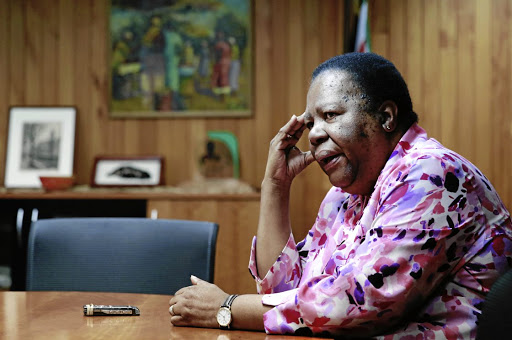 International relations minister Naledi Pandor met ambassadors and high commissioners from Africa yesterday to ease tensions after a diplomatic fallout triggered by attacks on foreign nationals that have rocked the country.

Pandor told the diplomats, among other explanations, that the legacy of apartheid which caused economic inequalities was to blame for locals losing their cool with their African brothers and sisters in a scramble for crumbs.

This phenomenon was among a "toxic mix of socio-economic challenges" and should not be overlooked if long-term solutions were to be found to the current crisis, she said.

It was the same situation of poverty, lack of skills and economic inequalities in other African countries that continued to push migrants to the south in a quest for economic opportunities, she said.

As this increased, some migrants were cashing in with criminal intentions.

"Hundreds of thousands of poor unskilled, and some skilled, migrants settled in South Africa and began generating a livelihood from scarce assets and settled peacefully among black people.

"At the same time there arrived migrants whose sole intent was criminal profit and the introduction of illicit activities. Of course South Africa has its own criminals and is a deeply violent society, thus the toxic addition of syndicates pushing drugs, prostitution and human trafficking created a basis for conflict and enmity among new neighbours.

"All this occurred alongside a complex and toxic mix of socioeconomic challenges. The legacy of apartheid was deep and rigidly entrenched inequality for black people.

"While political and civil freedom soothed the wounds of apartheid, the long term and worsening economic inequality has deepened resentment and caused antipathy toward brothers and sisters from other African countries, and it is this anger and antipathy that we have to confront, eradicate and respond to.

"Perceptions that black migrants take up jobs and displace black workers have caused increased deterioration in the relationship."

Anglican archbishop Thabo Makgoba said on Sunday he was “appalled and ashamed” at the violent attacks on foreigners in South Africa last week, as ...
News
2 years ago

Police are investigating the death of a 32-year-old woman and an unidentified man after chaos broke out in the Samora Machel informal settlement on ...
News
2 years ago

Residents of hostels in eastern Johannesburg earlier on Sunday marched along Jules Street in the area, demanding that  "foreigners must go back to ...
News
2 years ago
Next Article